10 Reasons Why Biodiversity Is Important

The world is a beautiful place. Biodiversity is one of the reasons why. Biodiversity – which is the diversity within species, between species, and in every ecosystem – serves many essential functions in the world. When a species goes extinct – like a certain type of flower- the world loses more than just something pretty. As climate change, pollution, and other factors threaten biodiversity, it’s essential to understand why it’s important. Here are ten reasons:

#1. Biodiversity is linked to cleaner water

Every living thing depends on water, so its cleanliness is vital. Biodiversity could play a role. In a study from Nature in 2011, researchers analyzed waterways and nitrogen pollution. Nitrogen pollution, which is one of the leading causes of water pollution, is the result of agricultural fertilizers, fossil fuels, and human sewage. To test the theory that diverse ecosystems are better at cleaning water pollution, researchers grew between 1-8 common species of algae in 150 artificial river channels. The result? A stream with 8 species did a better job at cleaning nitrogen than a stream with just a single algae species.

Soil stores and filters water, prevents erosion, breaks down organic matter, and grows plants. Without healthy soil, the planet would be a desolate rock. What makes soil healthy? Its diversity. Soil is one of the most biodiverse ecosystems. It contains everything from bacteria to fungi to worms to spiders. If even one of those organisms is threatened, it affects the health of the soil.

#3. Biodiversity is vital for healthy plants and animals

Healthy soil is biodiverse, but the crops that grow from soil also benefit from biodiversity. Every place on earth has a unique assortment of plants that grow based on their environment. They are resilient to local pests and weather changes. The same goes for animals. Say that there are many species of birds in an area. A disease that infects one species of bird won’t dramatically disrupt the environment if other species aren’t infected. If there are only a few species of birds, however, disease can wreak havoc.

Humans depend on agriculture and livestock for nutrition. As our food sources become less diverse, however, nutrition suffers. ¾ of the world’s food supply comes from 12 crops and five livestock species. Just three crops – wheat, rice, and corn – make up almost 60% of the plant calories that humans eat. More diversity would mean greater security against disease, weather changes, and other threats.

25% of the drugs we use in modern medicine came from plants. 70% of the drugs that treat cancer are based on plant components. As the world faces antibiotic-resistant diseases, scientists are turning to soil to find new ones. By protecting biodiversity, we’re also protecting our health and ability to combat disease.

Speaking of health, biodiversity protects humans from getting certain diseases in the first place. There are many diseases carried by animals that have jumped to humans. Malaria, Lyme disease, and most likely Covid-19 are all zoonotic diseases. 60% of infectious diseases originated in animals. These diseases jump species because of shrinking animal habitats. Animals are forced to live closer together – spreading more illness – and they live closer to humans. That creates a perfect storm for zoonotic disease.

Biodiversity has suffered because of economic expansions, but the irony is that more than half of the world’s GDP needs nature. That includes the food and tourism industry. As biodiversity shrinks, so does the economy. There are solutions. For every dollar spent on nature restoration, there’s a payback of $9.

While we’re talking about the economy, protecting biodiversity also protects jobs. According to the UN, about 1.2 billion jobs in industries like agriculture, tourism, and forestry depend on a healthy environment. Industries can create more jobs by further investing in biodiversity. According to estimates from the International Labour Organization, the “green economy” could create 24 million new jobs by 2030, if countries take the right steps. That would strengthen economies and protect nature at the same time.

#9. Biodiversity and extinction are linked

Every year, the world loses certain species forever. With every creature that goes extinct, the environment’s biodiversity shrinks a little. In 2020, scientists and organizations announced a long list of extinct species, including dozens of orchid, fish, and frog species. Scientists take extinctions seriously; a species can go unseen for decades before getting labeled “extinct.” Even then, experts often remain optimistic because they don’t want conservation efforts to suffer. That said, we are losing species quickly and that affects biodiversity. When one goes, it can set off a chain of events threatening others.

Biodiverse ecosystems – like soil, forests, the ocean, etc – support countless forms of life, humans included. Unfortunately, humans are the main cause of biodiversity reduction. We’ve destroyed huge swathes of trees, polluted the air and oceans, and contributed to species extinctions. Experts say human activity is responsible for the loss of 83% of all wild animals and 50% of plants. We need to protect the biodiverse environments still left and work to restore the ecosystems we’ve damaged. With quick action, humans can keep the planet liveable. 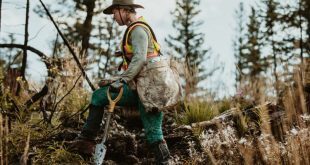 10 Reasons Why Forestry is Important

10 Reasons Why Wind Energy Is Important

10 Reasons Why Plants Are Important

10 Reasons Why Wildlife Is Important

10 Reasons Why Landscaping Is Important