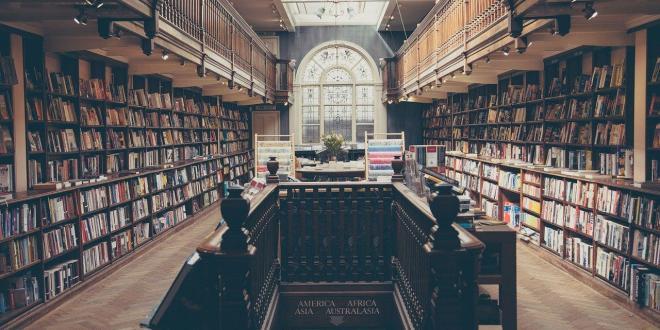 10 Reasons Why Education Is Important

Education is one of the keys to achieving success in this world. It paves the way for all kinds of opportunities, allows people to expand their perspectives, and strengthens nations. While some argue about the value of education, evidence shows that it is very important. Here are ten reasons why:

Global poverty remains a huge issue and education can play an essential role in ending it. According to the Global Partnership for Education, if all children left school with just basic reading skills, it could lead to the end of extreme poverty for 171 million people. With each additional year of schooling, a person’s potential earnings increase by 10%. Better education equals better job opportunities with higher salaries.

Educated people can get better jobs, and in many areas, better jobs means better health insurance. People are more likely to keep up with preventative care and see doctors when they need to. Higher salaries also mean that people can afford higher-quality food and a diet has a huge impact on health.

Better education can also result in less stress, especially where finances are concerned. Educated people are more likely to get good, stable jobs and feel more in control of their lives. The normal hardships that come with living don’t hit educated people with good jobs as hard as those less educated with less financial stability.

Socialization, especially at a young age, is important when it comes to living as part of a community. Children first learn socialization at home, but at school, they learn how to interact with people who are different, work as part of a team, and build relationships. Evidence shows that these benefits carry over into adult life and that educated adulthoods often have larger social networks that provide resources like emotional support.

Education exposes the mind to a wide variety of different opinions and perspectives. This encourages people to challenge their assumptions, expand their understanding of the world and others, and become more empathetic. Studies suggest that reading literary fiction is especially effective at building empathy.

#6. It narrows the gender equality gap

Though much progress has been made over the years, the gender equality gap remains. On a global scale, women and girls are less educated than men. The consequences are significant and education is the key to addressing it. Research shows that by educating women on the same level as men, it can reduce child marriage, allow women to get better jobs, and enable them to fully participate in society.

#7. It helps a nation’s economy

Education doesn’t just help individuals, it can help an entire nation. Countries with high literacy rates mean citizens with a higher per capita income. When a nation’s citizens are doing well financially, they put that money back into the country’s economy. According to the Borgen Project, schooling’s global rate of ROI (return on investment) is 16% for university education; 10% for primary education; and 5% for secondary education. On the other hand, by 2050, the GDP per capita for low-income countries with low literacy rates will be 70% lower than if those rates were high.

#8. It can reduce crime and war

Studies show that schooling can impact rates of crime. In one study on men, for every 1-year increase in average school levels, conviction rates for property crime went down by 20-30%. Violent crime also went down slightly. This could be because education gives people more economic opportunities, though there’s no doubt other factors are at play. As for war, the Global Partnership for Education reports that if the enrollment rate for secondary schooling increased by 10% than the average, the risk of war goes down by 3%.

#9. Education can help the environment

Climate change threatens the entire world and certain countries in particular. According to the 2005-2009 World Values Survey, a concern for the environment was linked to higher levels of education in 47 countries. Later, in 2010-2012, people with a secondary education were more interested in protecting the environment than boosting the economy. While this data doesn’t say what these people specifically did to help the environment, the first step to action is actually caring.

#10. Education can reduce damage and impact from natural disasters

Speaking of the environment, natural disasters have a huge effect on communities and a nation’s economy. Education is a key to reducing vulnerability to natural disasters and hence unavoidable climate change. Communities made up of people with high levels of education are more likely to be better prepared for disasters. This means that by investing in education, countries, where natural disasters are common, can better protect themselves.

10 Reasons Why Chemistry Is Important

10 Reasons Why Oxygen Is Important

10 Reasons Why Research is Important

10 Reason Why School Is Important

In many places, people take school for granted. Going to school may be a source …