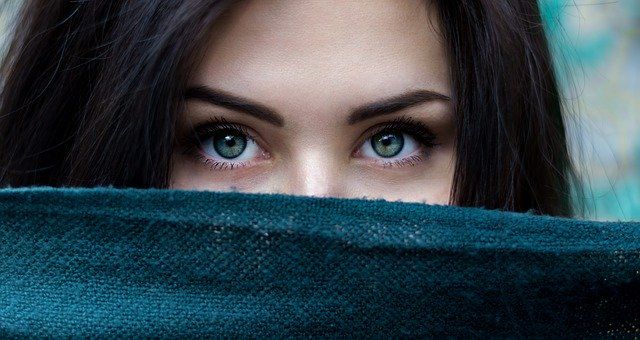 Eyebrows are one of the most distinctive features on a person’s face. Along with eyelashes, eyebrows are formed in utero around the 32nd week, but they’re often so faint they aren’t visible for a while after birth. Once eyebrows grow in, most people don’t think much about them. You would certainly notice their absence, though. Why are eyebrows important? There ten reasons:

As humans evolved, we lost most of our body hair. We didn’t lose our eyebrows. Why? They have evolutionary advantages. Eyebrows keep sweat, dirt, rain, and other debris out of our eyes, so we can see more clearly. Having the clearest vision possible is important all the time, but we need to see well when we’re in danger. In that sense, eyebrows keep us safe.

#2 Eyebrows are a health indicator

When something is wrong in our bodies, symptoms appear. Our eyebrow’s appearance can signal that something is going on. Hair loss is a sign of issues like hyperthyroidism. While the loss of other body hair may not be as obvious, eyebrow loss is more noticeable. People also often rub their eyebrows in response to stress, causing patchy spots.

Eyebrows and the evolution of human communication are intrinsically linked. Originally, we had prominent brows that looked intimidating. As we began living in larger and more diverse groups, we needed to communicate differently. Losing our brow ridge gave us more flexible eyebrows. Brain and facial changes might have triggered this shift, but the result was more subtle and friendlier communication. This was advantageous as we needed good relationships with other humans to survive.

#4 Eyebrows are an important part of microexpressions

As humans, a lot of our communication is non-verbal. Microexpressions, which are fast, involuntary facial expressions, reveal our true emotions before we’ve even really thought about them. Eyebrows play a big role in microexpressions. For example, a person’s eyebrows pull down when they’re angry and go up when they’re surprised. When someone is afraid, the eyebrows also go up but pull together more. Subtle movements like this help humans communicate.

Our flexible eyebrows are very useful when using sign language. Without verbal communication, facial expressions and microexpressions are even more important than usual. Eyebrows complement hand signs to emphasize emotions and tone.

#6 Eyebrows help us empathize with others

The previous three benefits of eyebrows make it easier for humans to have empathy. When we communicate better, we’re able to understand what the other person is feeling. Even without speaking or using the same language, better understanding encourages empathy. For example, a quick “eyebrow flash” conveys openness and friendliness, drawing people closer.

#7 Eyebrows help humans recognize each other

Eyebrows have a purpose beyond eye protection and communication. They help us recognize each other, as well. MIT researchers asked study participants to identify pictures of celebrities. These celebrities had their eyebrows removed with photo manipulation. Without this facial feature, participants could only name 46% of the famous people. This demonstrates just how significant a little bit of hair above the eyes is when it comes to recognizing another person.

Eyebrows have an important place in history. The definition of a “good-looking eyebrow” has changed over the years and throughout different cultures. In ancient Egypt, people darkened their eyebrows with carbon and black oxide. In China, all kinds of eyebrow styles were popular, including darkened brows or fine brows. In the Middle Ages, foreheads were beautiful, so women would remove both their eyelashes and eyebrows. Unibrows, while frequently mocked, have been prized in many cultures at varying times. Looking at the history of eyebrow grooming helps historians learn what was considered desirable.

#9 Eyebrow shape may give insight into your personality

Physiognomy is the belief that a person’s character or personality can be gleaned from their facial appearance. It’s been used to justify scientific racism and is now considered a pseudoscience. However, certain people still look to physiognomy to make assumptions about personality. According to the practice, straight eyebrows mean you’re more direct while curved eyebrows mean you are friendly. We couldn’t find any hard evidence that eyebrow shape has anything to do with personality, but it’s something people are still curious about.

#10 Eyebrows are a big industry

People care about their eyebrows and how they look. It makes sense that eyebrow grooming and care is a very profitable industry. Products devoted to eyebrows fly off the shelves. Between 2020 and 2026, the global Eyebrow Products market is expected to rise significantly. In 2019, Maybelline Tattoo Studio was #1 in the US for eyebrow makeup, selling over $42 million worth of products.