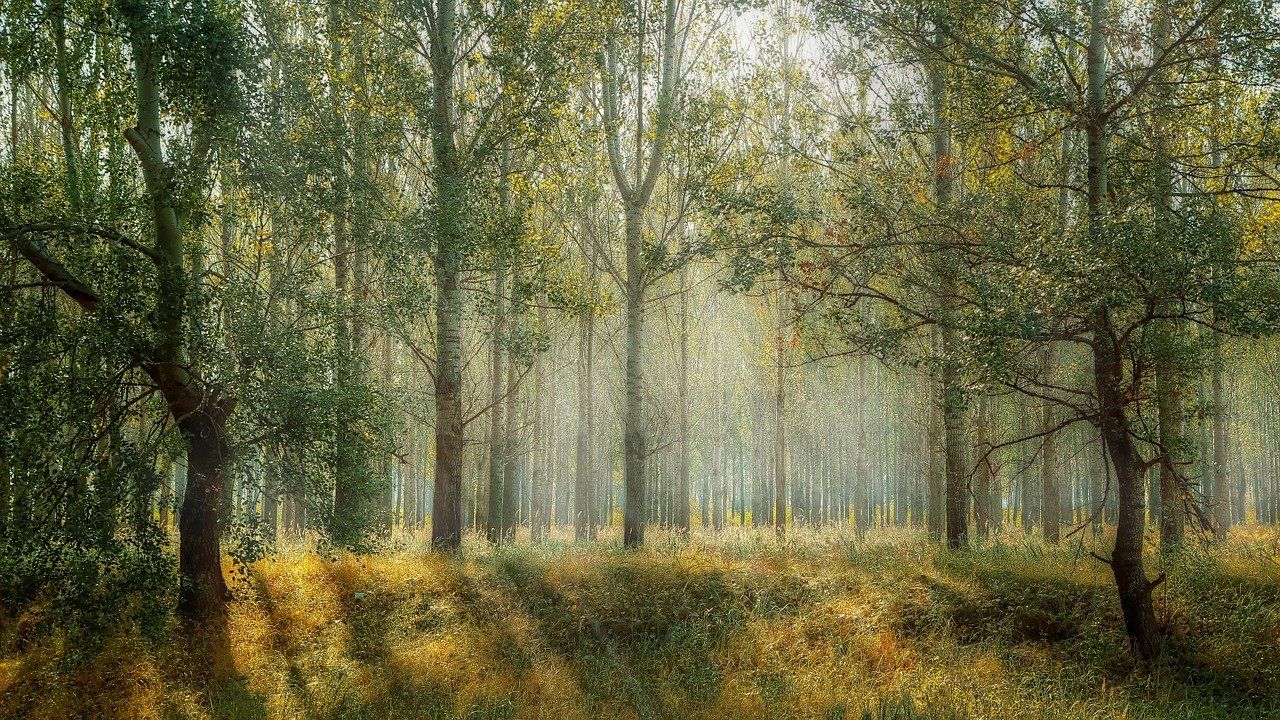 If you’ve ever taken a walk in a forest, you know how rewarding that experience can be. Imagine you’re in a forest right now. Can you hear the wind blowing through the leaves and the songs of birds? Do you feel like you’ve become a part of something bigger than yourself? Forests play a symbolic role in many of humanity’s oldest stories. They are often a place of transformation, mystery, and even danger. In folk tales, trees can take on a life of their own, providing a connection between the physical and spiritual realms. Tragically, the world’s forests face many threats such as deforestation and man-made climate change. Why is forest conservation so important?

Trees are nature’s recycling machines. They take carbon dioxide and transform it into oxygen. On average, two mature trees produce enough oxygen for a family of four every year. If we don’t protect our forests, we’re endangering our own lives and the lives of everything that needs oxygen to survive. By itself, the Amazon rainforest is responsible for about 6% of the oxygen created by photosynthetic organisms.

Trees don’t only create oxygen from carbon dioxide, they’re also natural filters. They remove air pollutants like carbon monoxide, nitrogen dioxide, and sulfur dioxide. Using their “stomata,” which are essentially pores, trees absorb all kinds of gases and particles, filtering them from the air. Forest conservation can play an important role in reducing air pollution around the world.

Besides the nuts, berries, fruits, mushrooms, and seeds that humans eat, the forest supports a huge variety of animal life we also depend on for food. Without forests, these animals would die, leaving us with significantly limited options. There are already people in the world struggling with food insecurity because of deforestation.

Carbon dioxide is one of the greenhouse gases that drive climate change. Trees reduce the amount that’s released into the atmosphere. As a result, forests cool the environment around them. In cities where it tends to be hotter, green spaces can help keep down the heat. If natural systems like forests were protected and restored, they could help the world get ⅓ of the way closer to meeting our climate change mitigation goals by 2030. On the other hand, destroying forests accounts for 15% of all greenhouse emissions.

#5. Forests are an important part of the water cycle

With their roots, trees pull water from the earth and release it back into the atmosphere. Especially-large forests create their own climates and can trigger rainfall. This is especially important in areas vulnerable to drought. Forest watersheds also provide clean drinking water, acting as a natural water collection, filtration, and storage system.

The wind is a powerful force. Especially-strong winds can destroy crops, while constant wind causes plants to lose more water thanks to evaporation. In certain areas, the dust and debris blown around by wind can hurt plants, as well. Trees can block these dangerous winds and protect valuable crops.

Soil erosion has dangerous consequences. It causes the loss of fertile land, leads to increased pollution in streams and rivers, and harms the animal population. Flooding, dust storms, and mudslides are also common in areas with high soil erosion. Trees reduce soil erosion by anchoring the soil with their roots. The leaves and branches that fall from trees also help keep rainfall from washing soil away.

Throughout history, people have known forests have healing powers. There are several types of trees known for their medicinal properties, like the moringa tree. Extracts have shown antibiotic and antibacterial properties. The compounds in the original form of aspirin came from a tree, while two chemotherapy drugs are based on chemicals extracted from the Pacific yew tree. There are countless other examples of trees creating or inspiring medicine development.

Biodiversity is very important for the health of our planet. When species are threatened and go extinct, it disrupts the ecosystem. This sets off a chain reaction that makes life much more difficult for every living thing, including humans. Forests provide perfect environments for a wide variety of creatures. Experts estimate that between 3-50 million species make the tropical rainforest their home. Of the world’s total terrestrial biodiversity, the forest contains 80%.

#10. People depend on forests

Over 1.5 billion people depend on forest resources for their livelihoods. These resources provide food, fuel, medicine, shelter, and more. Forests are also essential as a backup plan for when crops don’t do well. According to the World Wildlife Fund, 300 hundred million people live in forests. If these forests were gone, it would cause poverty to skyrocket and create millions of refugees.