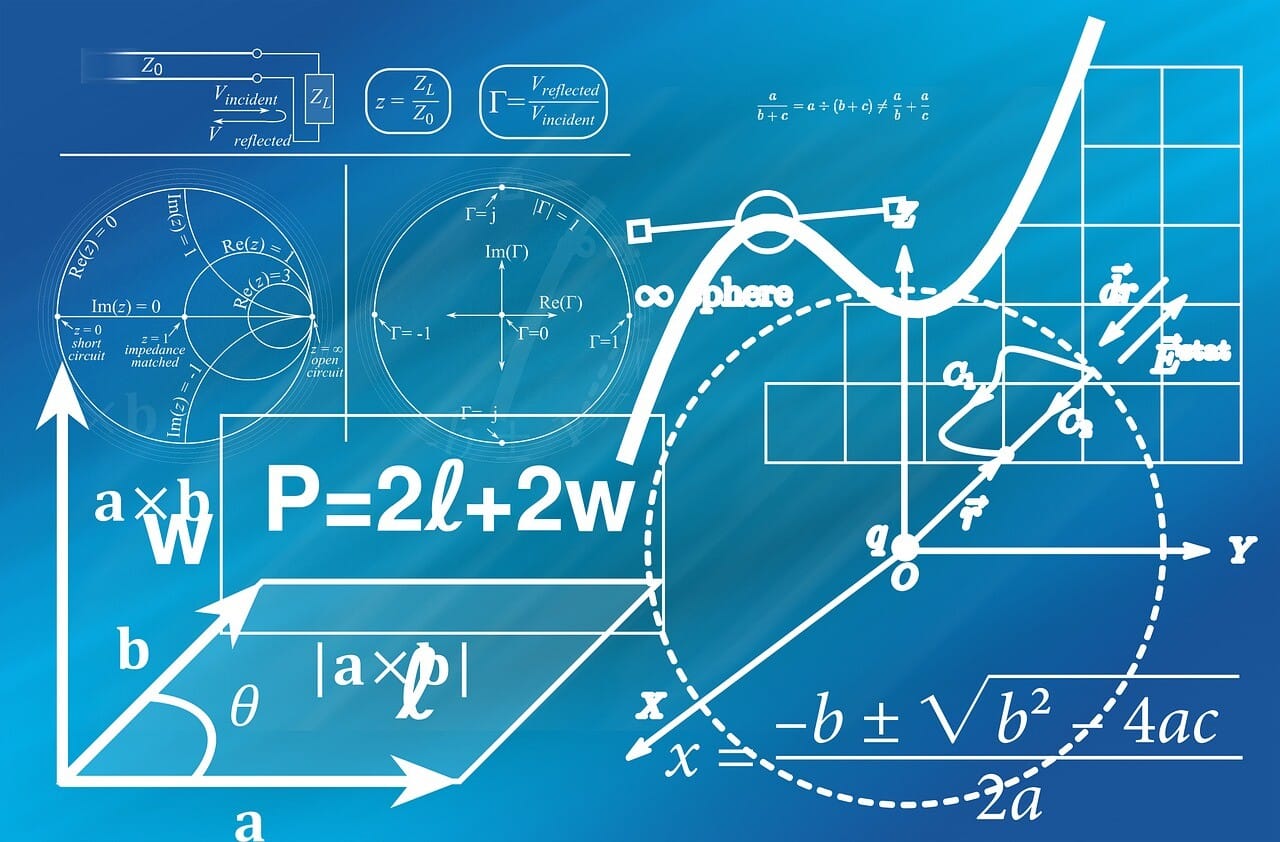 Math has origins in the ancient civilizations of Mesopotamia, Egypt, and Maya. It was used for commerce, tax systems, and examining the natural world, including the stars. Today, many people have anxiety about their math skills. Research shows that 93% of the adults in the United States have at least some math anxiety. 31% of 15 and 16-year olds across 34 countries worry about math, too. Reducing this anxiety and helping people develop their skills is important. Why? Here are ten reasons why math matters:

#1 It’s good for a healthy brain

Evidence for math’s positive effect on the brain is continuing to build up. A healthy brain is especially important regarding Alzheimer’s and other forms of dementia where brain cells gradually shrink and die. Research suggests that any kind of challenging brain exercise (which includes crosswords, puzzles, and math problems) can play a role in protecting a person’s brain cells. Building math skills at a young age are also beneficial to the brain and help young people develop strong brain muscles.

Analytical thinking takes place when a person can identify problems, gather important information from the data presented, and work through solutions. This is essential to solving math problems. Growing this skill helps people solve increasingly more complex math problems, but analytical thinking is applicable anywhere there’s a problem to be solved. It’s a much-desired skill as it allows people to think logically, sort through lots of data, and think through every angle of a problem.

Math and money are closely linked. Without math skills, it would be challenging to balance a budget. Spending too much money or spending money you don’t even have are consequences of poor math skills. Big entities like corporations and governments depend on people with excellent math skills to calculate salaries, expenses, and make projections about the future. If you want to stay on top of your money or want a career in finance, you’ll need math.

#4 Math is important for cooking and the food industry

When you’re making cookies, you might not realize how much math went into the development of that recipe. Baking is a science, which means someone used math to calculate the right amount of each ingredient. Cooking, though not usually as precise as baking, also uses math. On a larger scale, math also explains the various processes that go into safe food production, including storage, testing, and transportation. Whether it’s ordering a meal at a restaurant, buying something packaged at the store, or cooking at home, there’s math involved.

#5 Math is important for safe architecture

Various kinds of math go into architecture, including geometry and algebra. To become an architect, students need to take classes like calculus, trigonometry, probability, statistics, and more. These skills are used to analyze and calculate design and possible problems that might arise. Contractors and construction workers must also use math skills to accurately measure and build what the architect designed. Architecture doesn’t typically use extremely complicated math, but knowing the basics and thinking analytically are important.

Computers are becoming increasingly important and common in today’s world. It wasn’t too long ago that computers were enormous and took up entire rooms. Now, everyone with a smartphone is carrying a tiny computer in their pocket. Computer science drives the innovations emerging in every area of society. To understand computer science, you have to understand a few kinds of math, including binary math, calculus, statistics, and more. Thinking “mathematically” or analytically helps you grow your skills in areas like coding, database-building, software development, and more.

Medicine is a science, and for most scientists, math is a part of their everyday work. Medical professionals are no exception. To see how well a treatment is working, professionals need to collect and analyze data, which relies on numbers and statistics. Math is also used for things as basic as writing a prescription. How? Medications have guidelines for dosage amounts based on a patient’s weight. Doctors need to accurately convert measurements and ensure a patient is receiving the right amount.

#8 Every career uses math in some way

We’ve talked about a handful of careers, but the reality is that all careers use some math. Some use more than others, while some are devoted to math and analytical thinking. Even if you work in a field that seems totally separated from math, you’ll still find math in the form of creating invoices, calculating raises, and budgeting.

#9 Math is a universal language

Math is often referred to as a “universal language.” What does this mean? The principles and foundations of math are the same everywhere. No matter where you are from, 2+2 will always equal 4. A circle is always a circle. There may be different symbols for numbers and different units of measurement, but when translated, they all mean the same things. Math provides a universal method of communication that transcends other languages.

#10 Math helps us understand the universe

We’ve learned so much about how the universe works using math. When Einstein came up with his theories of relativity, it transformed how we think about space and time. The theories also provided the mathematical framework for studying nuclear energy. Many believe math is not only a universal language, but the language of the universe. There is some debate about how much math truly describes the universe and a mathematical “theory of everything” remains elusive. The theory of everything, if it ever becomes a reality, will be one coherent framework that explains and links all physical aspects of the universe. Right now, math hasn’t offered a key to full understanding, but it gets us closer.