10 Reasons Why Pets Are Important to Humans

They say a dog is man’s best friend, but they aren’t the only animals close to humanity’s heart. According to historians and archaeologists, dogs were the first domestic animal. The history of domestication is complicated and different animals played different roles. Keeping pets is part of this history. Why are pets important to humans? Here are ten reasons:

Pets offer companionship. This is especially beneficial to people who live alone. In a six-year span, pet ownership among singles rose by 17%, while it only increased by 1.37% in families. Among single men who live alone, pet ownership ballooned by 27.7%. These numbers suggest that pets help with the loneliness that often accompanies being single.

#2. Pets reduce the stress of life

The simple act of petting an animal reduces stress. As you stroke the fur or hair of a pet, both your body and your pet’s release oxytocin. This hormone is linked to emotional bonding and is nicknamed “the love hormone.” Playing with a pet also raises your levels of dopamine and serotonin. Studies show that pet ownership can even help during stressful situations. One study showed that people with pets have lower blood pressure during stressful events than those who don’t.

One of the most commonly-cited benefits of pets is how they improve mental health. In a survey by the Human-Animal Bond Research Institute, 74% of pet owners said their pet boosted their mental health. In the Journal of Psychiatric Research, experts found that pets could even enhance an antidepressant’s benefits for some study participants with severe treatment-resistant depression. People who say their pets help with mental health point to reasons like comfort, companionship, and the need for a consistent schedule.

Pet owners are naturally drawn to each other. Studies show that if you have a dog, it’s easier to meet people. Places like dog parks are social gatherings where people who are just getting to know each other can talk about their pets. Dr. June McNicholas, a senior research fellow at the Department of Psychology at the University of Warwick, tested this theory. She spent five days with a dog and five days without while going about her normal routine. She recorded the number of times people – friends, acquaintances, and strangers – stopped to talk to her. On the days she had the dog, more people interacted with her.

Does owning a pet help you live longer? In a study on patients recently discharged from a coronary care unit, those who had pets at home had a better survival rate over the next year than those who didn’t. The health benefits of pet ownership, such as reduced stress and better mental health, no doubt play a role in why people live longer.

#6. Owning pets at a young age can prevent allergies

#7. People with pets are in better physical shape

This benefit applies mostly to people with dogs since these pets need to be walked. Many people get a dog to help them exercise more. Dogs are great motivators because they’re so eager to be active. At Michigan State University, researchers reported that dog owners are 34% more likely to get in 150 minutes of walking each week compared to people without dogs.

#8. Pets can protect your household

Throughout history, animals have always helped humans in a variety of ways. Today, cats are great pets because they hunt rodents and kill insects. Dogs, especially certain breeds, are territorial and can scare off home invaders. Studies show thieves are often deterred simply by the presence of a dog.

#9. Pets reduce stress in the workplace

We’ve talked about how pets reduce a person’s stress, but it’s worth noting how that applies specifically to the workplace. It’s becoming more common to allow pets (specifically dogs) in workplace settings. Petsmart is a big example. A study by researchers at Virginia Commonwealth University looked at a manufacturing company that allowed employees to bring in their dogs. After a week, having dogs around the office reduced stress levels and increased job satisfaction. Employees even reported that their communication with each other improved.

According to a review of 22 studies on how pets influence child development, it appears that growing up with pets improves a child’s self-esteem, social skills, and cognitive development. It’s important to note that there are other factors at play. Households with pets are wealthier than those without pets, so that could be a more significant factor in a child’s development. Pets do encourage children to have more responsibility and empathy, however, so pet ownership certainly isn’t insignificant to development. 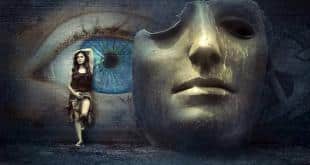 10 Reasons Why The Arts Are Important

10 Reasons Why Self-Love Is Important

10 Reasons Why Confidence Is Important

10 Reasons Why Friendship Is Important

10 Reasons Why Listening Is Important

10 Reasons Why Happiness Is Important