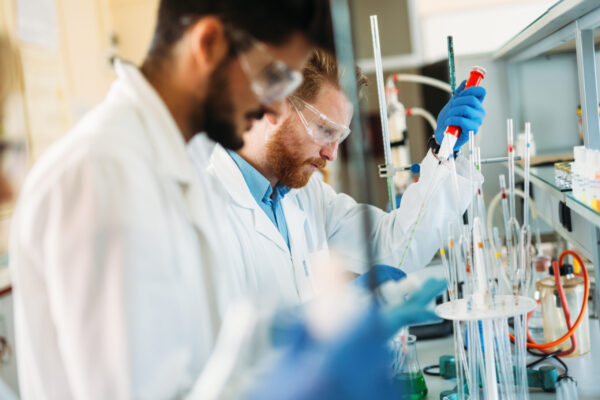 Photosynthesis is a process during which sunlight, carbon dioxide, and water are converted into sugars. In other words, photosynthesis transforms light energy into chemical energy that fuels a large variety of processes on the Earth. While no one argues about the significance of photosynthesis, some people believe that its primary goal is to produce oxygen. Although photosynthesis does produce oxygen, there are plenty of other factors that make the overall process vital. Here are ten reasons why photosynthesis is so important:

Plants, algae, and some bacteria are capable of converting light energy into chemical energy. To do so, they capture sunlight and combine carbon dioxide with water to form sugars and oxygen. While oxygen is released in the atmosphere as a byproduct, sugars are used as the primary source of energy. Glucose formed as a result of photosynthesis can be further broken down into ATP molecules, which store chemical energy in phosphoanhydride bonds.

While it may seem like plants provide our planet with oxygen, they can do much more than that. In fact, plants fuel various metabolic processes in humans and other living organisms through photosynthesis. And this is how it works. Humans and living beings cannot use light energy to produce chemical energy. Therefore, light energy has to be converted into chemical energy during photosynthesis. When we consume plants, our body obtains glucose, the breakdown of which produces ATP, an energy-rich molecule. During cellular respiration or fermentation, ATP is further broken down and the energy is released. This energy fuels various metabolic processes, such as food digestion, cell repair and growth, or even mineral and vitamin absorption.

While the main product of photosynthesis is glucose, the process also leads to the formation of other organic compounds. Carbon from carbon dioxide can be used to build many different organic molecules, ranging from simple to complex ones. Plants and other organisms capture carbon dioxide from the atmosphere and turn it into carbohydrates by means of photosynthesis. The process during which photosynthetic organisms convert inorganic carbon into organic compounds is known as carbon fixation.

#4. Photosynthesis Provides Humans and Other Organisms with Organic Compounds

#5. The Energy Needs of Plants Are Satisfied through Photosynthesis

Plants require energy to grow, develop, and bloom. As photoautotrophs, plants can prepare their own food by capturing the energy of the sun and using it to transform water and carbon dioxide into glucose. After converting light energy into chemical energy, plants’ energy needs are fulfilled. Without photosynthesis, plants would not have sufficient energy to grow or make other organic substances, primarily carbohydrates.

When using light energy to convert water and carbon dioxide into glucose, oxygen is released into the atmosphere as a byproduct. While oxygen is considered a “leftover product” for plants, it is of huge importance for humans and other living organisms. This is the exact same oxygen we breathe in from the air. If you take a closer look, you will notice the cycle: plants capture carbon dioxide from the air, convert it into glucose and release oxygen, we inhale oxygen and exhale carbon dioxide, and the cycle repeats.

Photosynthesis is a process as a result of which plants and some bacteria produce glucose. These glucose molecules can later be converted into cellulose and starch. While plants use cellulose to build cell walls, starch acts as a reserve food supply for nighttime carbon starvation. Besides, when cellulose-rich wood is burned, cellulose is converted back into carbon dioxide and the stored energy is released as heat. Although humans cannot digest cellulose, it is an essential part of the diet as fiber. On the other hand, starch is one of the essential energy sources for humans.

Fossil fuels are formed from the remains of dead animals and decomposed plants. Carbon and hydrogen in fossil fuels, such as coal, crude oil, and natural gas, can be burned to produce energy. Believe it or not, photosynthesis is responsible for the formation of fossil fuels. The reason for this is that fossil fuels are derived from either photosynthetic organisms or animals that also indirectly rely on plants.

#10. Without Photosynthesis, the World Would Not Have Been What It Is Today