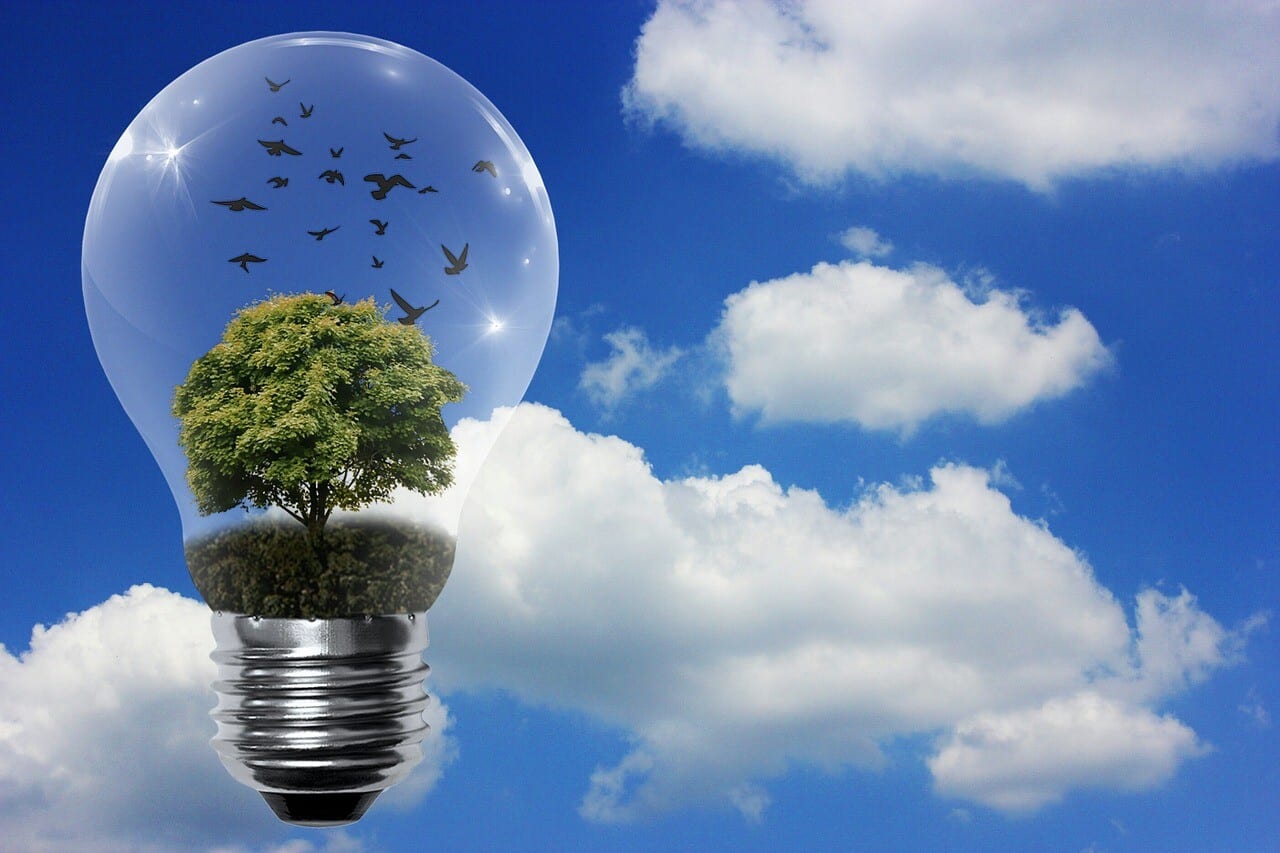 Currently, most of the world gets its energy from non-renewable fuels like oil and fossil fuels. When these fuels are used up, they’re gone for good. The other downside? Using them releases greenhouse gases like carbon dioxide. Greenhouse gases aren’t inherently bad. Without them, Earth would be too cold for human life. Too many gases, however, and Earth becomes too warm. Since the 1880s, Earth’s average temperature has increased by more than 2-degrees Fahrenheit. To combat these rising temperatures and other effects of climate change, humans need to turn to renewable energy. Here are ten reasons why:

#1. There are many forms of renewable energy

Replacing fossil fuels won’t be an easy task, but it helps that there are many renewable options. Solar and wind power are arguably the best known, but there’s also hydro energy (energy generated by moving water), tidal energy (which uses the rise and fall of ocean tides and currents), geothermal energy (heat from the sub-surface of the earth), and biomass energy (energy from plants and animals). Diversifying is important because many renewables together are more reliable and efficient than just one.

We talked about climate change as the main reason for turning to renewables, but renewables and climate change are linked in another way: renewables depend on climate processes. That means the more climate change advances, the more it affects our ability to use renewable energy sources like wind and solar power. One study in Nature Climate Change shows what’s at stake. If carbon emissions increase until 2080, it could harm renewables other than bioenergy. In some places, hydropower and wind energy would increase while in others it would decline. The good news is that the study found that risks were fairly “modest.” It’s still important to stay updated on how climate change affects renewable energy.

With new and better technology, renewable energy prices have dropped significantly. There’s still the price of installing infrastructure, but it’s not as if fossil fuels are much cheaper in the long run. In fact, they end up costing way more. Research from independent technology think tank RethinkX shows that electric power plants that use fossil fuels (and hydropower) are hugely overvalued by analyst organizations. The report concluded that solar and wind power became cheaper than nuclear, gas, coal, and hydropower years sooner than previously thought.

Energy and poverty are closely linked. Lower-income households both in rural and urban settings face high energy bills. Why? A big reason is energy inefficiency. The systems and appliances are old in lower-income communities, which leads to a lot of wasted energy. As we learned in the point above, renewables end up saving money. They also allow communities to use sources around them and obtain energy independence. After storms and other natural disasters, they’ll be able to get power back on more quickly. The issue is the cost of the initial installation, which is why governments, NGOs, and other poverty-fighting groups need to invest in renewable energy for poor communities.

#6. Renewable energy is good for education

Renewable energy’s impact on education can’t be dismissed. It has an especially big effect on low-income areas where traditional energy sources are unreliable. With better energy, students and teachers can easily access the internet, opening them up to a world of resources and support. The learning environment is also improved with consistent air conditioning, heating, and hot water.

Countries have known for years that green energy provides an economic boost. Job creation is a big reason for this. It takes a lot of people to build the infrastructure and many others to develop more efficient technology. According to data from 2019, there were about 11 million direct and indirect jobs in the global renewable energy field in 2018. This represents an increase from 10.3 million in 2017.

The processing and burning of fossil fuels contribute significantly to air pollution. According to the WHO, over 4 million people die every year from pollution-related illnesses. About 91% of the world lives in places where air quality levels are above what the WHO considers safe. Renewable energy doesn’t pollute the air, so switching from fossil fuels will save many lives.

Research shows that access to green energy helps girls complete their education, which helps them obtain higher-paying jobs and live safer, healthier lives. Gender equality is also improved with more job opportunities for women, which the renewable energy field offers. While 22% of the jobs in the general energy sector are filled by women, women work 32% of the renewable energy jobs. This still isn’t a great number, but that can change with more inclusive practices and commitments to gender equity.

Many of the world’s conflicts center on energy. While nations might give different reasons, energy is often a major factor if not the true reason for engagement. Consider the Middle East. For years it’s been a source of multi-country conflicts because it contains so much of the world’s oil. That doesn’t mean that switching to renewable energy would immediately usher in world peace. Many worry that the conflicts would simply swerve to the materials needed to build green infrastructure, but it would present a unique opportunity for a more peaceful era.