10 Reasons Why Television Is Important

Who can claim credit for television? Through the years, many inventors have built on the concept. It has origins in the 19th century, but the form we recognize today wasn’t around until the 1940s and 1950s. Since those early days, life has never been the same. Why does television matter? Here are ten reasons:

Before TV, people listened to the radio for information, which itself was a huge game-changer. With TV, that access to information increased even more. People could hear and see events. Footage from the Vietnam War rattled Americans, who were used to government-approved reels from WWII. In 1969, people stayed glued to their TV sets to watch the first moon landing. In 1980, CNN launched the first 24-hour TV news network. With all the channels available, you can get information on just about anything today.

In 1941, a New York TV station aired the first paid TV ad for a watch company. Ads soon embedded themselves within the TV landscape. Some became so classic that people still remember them years after they’ve aired. Agencies craft their TV marketing in the hopes of winning customer loyalty based on how funny or smart or sentimental an ad is. And it’s worked! Companies consider TV advertising so important, they’re willing to spend millions of dollars on a 30-second ad during the Super Bowl.

#3. Streaming TV is changing the industry

Is traditional TV dying? According to a recent report from Nielsen, the streaming video audience share is higher than broadcast TV. People are watching shows and movies on services like Netflix and Amazon. Entertainment companies and broadcasters are creating their own streaming services (like Disney+ and Paramount+) to compete. This changes the role of advertisers and even how people consume media. When services release whole TV seasons at once, people binge them.

So many jobs are connected to the TV industry in one way or another. There are the obvious ones, like writers, actors, producers, and crew members. Then there’s everyone that works at cable companies, with satellite TV, and with streaming services. The industry also needs people to design and build televisions, fix things, install electronics, and so on.

We know a bit about the TV industry in general, but how does watching TV affect people? Depending on the situation, it can relieve or induce stress. Research shows “comfort shows” are the best at stress relief. These are TV shows you’re already familiar with. The predictability relaxes you after a rough day. On the other hand, watching new shows – especially with dramatic or frightening elements – can increase stress. Everyone is different, though. Many people enjoy escaping to exciting worlds, even if the show’s themes aren’t necessarily “relaxing.”

#6. TV can boost your creativity

According to one study from The Journal of Consumer Research, people who play TV in the background are more creative. Wouldn’t the noise be distracting? It can be, but being a little distracted may help some people think outside the box. It’s not too different from someone who finds that they work better in coffee shops or while they play music. Interestingly, that same study also claims that ambient noise increases your chances of buying “innovative products,” so if you feel tempted to do some online shopping while playing your TV in the background, consider why.

TV watching is often a social activity. People gather for sports games, big TV events like the Academy Awards, or just to watch their favorite show together. People have also found connection with total strangers over their shared love of a TV show, creating what’s known as “fandoms.” These communities – for better or worse – hold a lot of power over the future of a TV show. Some can even bring the shows back from the dead, such as Star Trek (which was almost canceled after its second season) and The Expanse, which was picked up by Amazon after a massive fan campaign.

#8. TV could affect your love life

Over the years, researchers have studied how having a TV in the bedroom affects a couple’s love life. It seems like it could have a negative effect, though the reasons aren’t clear. Watching TV in bed could mean you get less sleep, which can affect your interest in sex. It could also mean that you’re less likely to focus on your partner. At least one survey, however, showed that couples with a TV in their room were actually more sexually active. Like so many things, it seems like it depends on the individual couple.

One of the most common criticisms of TV-watching is its effect on your health. Is it true that it’s bad for you? It depends. Let’s look at binge-watching. When you’re watching hours of TV in one sitting, that’s time that you aren’t moving, interacting with other people, or sleeping. You are also likely to mindlessly eat. However, if you limit your TV-watching or add in healthier activities (like working out while you watch TV), you can avoid some of the worst health consequences. It seems like TV itself may not be the problem. It’s how you engage with it.

#10. TV could affect a child’s health

The other major criticism of TV? The impact on kids. Most of the research suggests that watching TV for too long reduces a child’s verbal skills and may lead to antisocial behavior. Long hours with the TV is also linked to mental health problems. However, that doesn’t settle the debate. There’s still uncertainty about whether TV itself is causing these problems or if kids with these problems are naturally more drawn to TV. It also matters what TV shows a kid watches. If it isn’t age-appropriate, it’s more likely to cause issues than if the show is designed for kids. While there are still questions, it’s clear that parents should monitor their children’s TV watching habits. They should direct them to activities known to be healthy, such as reading, making art, and playing with other children. 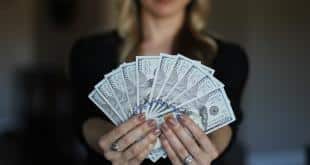 10 Reasons Why Money Is Important

10 Reasons Why Tourism Is Important

10 Reasons Why Information Security Is Important

10 Reasons Why Network Security Is Important

10 Reasons Why Firewalls Are Important

10 Reasons Why Advertising Is Important