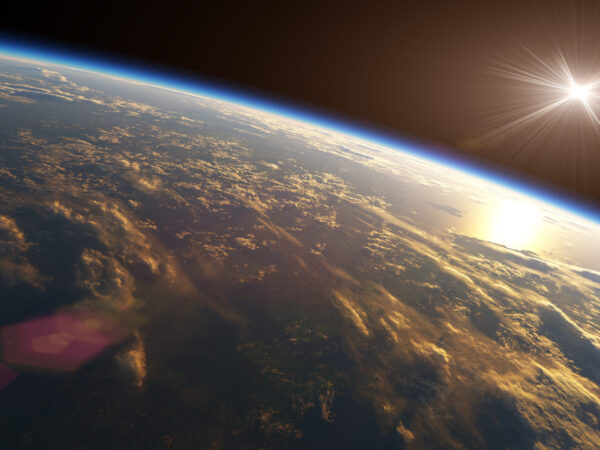 When you look up into the sky, there’s not much you can see. And no matter how long you stare at it, you will probably have trouble figuring out what is going on up there. Although we might see a blue sky or even a couple of clouds, there is much more than that hidden in the atmosphere. The truth is that the Earth’s atmosphere acts as a security blanket that pretty much protects our planet from various harmful influences. But what makes the atmosphere so important? Here are ten reasons why the atmosphere matters:

#1. The Earth’s Atmosphere Consists of Major and Minor Layers

#2. The Atmosphere Provides a Place for Plants and Living Beings to Thrive

One of the main reasons why the atmosphere is important is that it protects the Earth from the vacuum. Without the atmosphere, there would be no air on our planet, meaning that no life would exist. Besides, hydroxyl radicals enable the atmosphere to control the amount of pollutants and are responsible for the atmosphere’s self-cleaning properties. The chemistry of our planet’s atmosphere provides a relatively safe environment for plants and living beings to thrive.

#3. The Atmosphere Plays a Key Role in Maintaining the Earth’s Temperature

The temperature on earth depends on the amount of energy entering and leaving the system. Along with nitrogen and oxygen, the troposphere, the lower layer of the atmosphere, consists of greenhouse gases, such as carbon dioxide, methane, nitrous oxide, and fluorinated (industrial) gases. These gases are responsible for keeping the Earth warm by preventing heat loss to space.

#4. The Atmosphere Enables Us to Hear Sounds

As you may already know, the sound is a type of energy or a wave created by a vibrating object. In order to hear sounds, sound vibrations must travel in a wave pattern by means of vibrating objects. As a matter of fact, sound waves cannot travel through empty spaces. However, they can travel through the air, water, or even solids. On the Earth, sound waves use the gases in the atmosphere to move the vibrations. Without the atmosphere, our planet would be completely silent.

#5. The Troposphere Is Responsible for the Movement of Water

#6. The Stratosphere Protects Life on the Earth from Harmful Ultraviolet Radiation

#7. Commercial Planes Fly in the Stratosphere

The stratosphere is a stratified, also referred to as a stable, layer of the atmosphere. Although the atmospheric pressure and oxygen levels are pretty low for human survival, the stratosphere is the ideal layer for commercial planes. There are several reasons for this, including enhanced fuel efficiency, little to no air traffic, fewer risks linked with different weather events, and the ability to handle emergencies in time.

#8. The Mesosphere Provides Physical Protection against Meteors, Rock Fragments, and Other Particles

Along with chemical protection, our planet needs some physical protection as well. The third layer of the atmosphere, known as the mesosphere, is a protective layer that destroys most of the meteors, asteroids, rock fragments, and other particles that can harm the Earth. According to Meteorology en Red, approximately 40 tons of meteorites fall toward our planet daily, but the mesosphere manages to burn them up before they reach the Earth’s surface.

#9. Space Shuttles Fly and the International Space Station Orbits in the Thermosphere

While the thermosphere is yet another protective layer of the atmosphere, it also enables scientists to explore space. Without this layer, space communication would not be possible. According to NASA Science, the thermosphere is home to low Earth orbit satellites and the International Space Station that orbits the Earth.

#10. Ionosphere Is Responsible for Gorgeous Aurora Displays We See across the Night Sky

The ionosphere is one of the secondary layers of the atmosphere. Along with absorbing the extreme UV rays, the ionosphere reflects and modifies radio waves that scientists use for communication and navigation purposes. In the ionosphere, ions from the solar wind collide with the oxygen and nitrogen atoms from the atmosphere, releasing energy that leads to the formation of shimmery aurora displays in the sky.