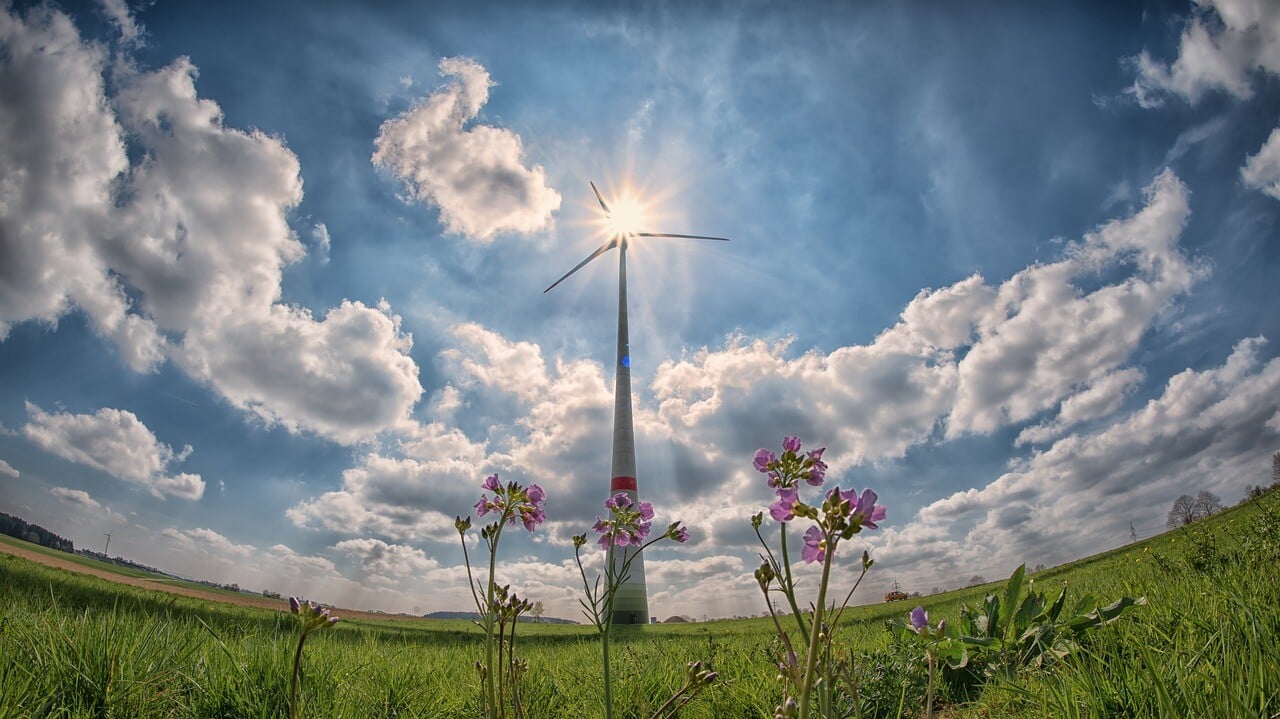 The world is warming due to human-created climate change. Climate scientists have sounded the alarm for decades. We’re already seeing many of the catastrophic effects such as rising sea levels, massive hurricanes, severe drought, and more. While some of the changes can’t be reversed, there’s still hope. The key? Reduce greenhouse gases. That can be done by reducing human dependence on fossil fuels and turning to renewable energy sources, like wind energy. What makes wind energy important? Here are ten reasons:

A carbon footprint includes all greenhouse gases and not just carbon dioxide. Humans create carbon footprints by burning fossil fuels. What’s the carbon footprint of a wind turbine? We need to consider what results during the creation process of the turbine, too, and not just when it’s up and running. Researchers calculate the pollution generated by a wind turbine’s life cycle. A Yale Climate Connections blog compiled data from the last few years and found that while it varies, wind turbines overall produce far less carbon dioxide than coal and natural gas power plants.

When fossil fuels burn, they release nitrogen oxides into the atmosphere. This leads to things like acid rain and smog, which are very harmful to the environment. Wind energy doesn’t have that problem! Turbines don’t emit toxic chemicals or other pollutants into the air.

As a result of pollution, fossil fuels are responsible for around 1 in 5 deaths worldwide. In 2018, fossil fuel emissions killed 8.7 million people. This is a higher death toll than previously thought, highlighting just how important other sources of energy are. Because it doesn’t generate pollution, wind energy is much better for human health. In another study described on The Conversation, Jonathan Buonocore and colleagues found that a 1,100-megawatt wind farm off the New Jersey coast could save 13 lives a year!

Wind energy is already good for the water supply because it doesn’t pollute, but it also doesn’t use much water. When combined with solar thermal and photovoltaic sources, wind power could reduce the United States’ energy water consumption by a whopping 97%. That water can then be used for other purposes, like growing food.

Wind energy isn’t only good for the environment, it’s good for the economy. In the United States, wind energy supports a domestic supply chain, which means it has the potential to support 600,000+ jobs by 2050. Globally, an analysis by the Global Wind Energy Council found that 3.3 million new wind power jobs can be created over the next five years, thanks to the expansion of the industry.

Generating electricity can be expensive. Thankfully, renewable energies are the cheapest energy sources. According to a report from the International Renewable Energy Agency (IRENA), almost ⅔ of the wind and solar projects built in 2020 will generate cheaper electricity than the world’s cheapest new coal plants. The cost of wind farms continues to fall, so the old argument against wind power (“it costs too much”) no longer holds up.

#7. Wind energy is good for areas that need reliable electricity

Many places – including remote areas and communities that live “off the grid” – need reliable electricity. In fact, about 13% of the world’s population doesn’t have reliable electricity. Things are gradually getting better thanks to renewable energy. In 2018, there was a big increase in access mostly due to solar and wind power in China. For electricity access to be equitable around the world, however, there needs to be more committed to wind energy.

#8. Wind energy is good for farmers

Things have been rough for farmers for quite some time. Climate change is a big reason for that. Wind energy could help. Wind developers pay farmers to lease their land, which is an excellent cash opportunity, especially for struggling farmers. Research from Iowa State University shows wind farms may even help crops grow better. How? Wind blowing across corn and soybean fields warded off pathogens and drew carbon dioxide from the soil for plants to use.

Wind energy is growing year by year. In 2020, the United States installed more wind energy than any other energy source. That same year, wind turbines created about 8.4% of all utility-scale electricity generation. What about wind energy on the world stage? According to the Global Wind Energy Council, offshore and onshore wind power generated 743 gigawatts at the end of 2020. That’s enough to avoid 1.1 billion tonnes of C02. China produces the most wind energy with the United States in second place.