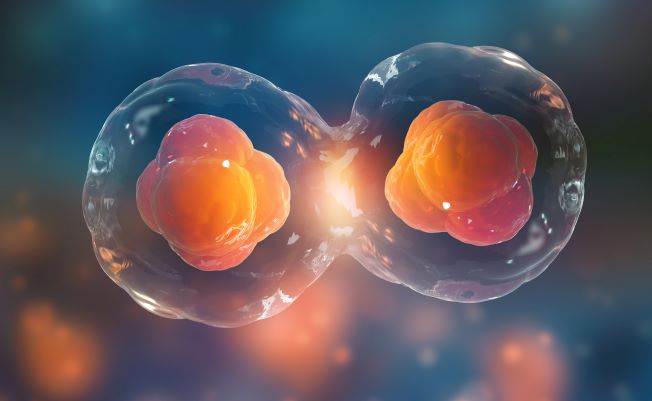 There are numerous biological processes that are absolutely crucial for living organisms to grow, develop, or simply exist. Cell division is one of the most critical processes without which there would be no life on our planet. While there are several. types of cell division, including mitosis, meiosis, and binary fission, the primary goal is almost the same: to produce new cells. However, there are plenty of other aspects that make cell division one of the essential biological processes for both single-celled and multicellular organisms. To help you better understand how the process works, here are ten reasons why cell division is so important.

#2. Mitosis, Meiosis, and Binary Fission Are Types of Cell Division

As some organisms have multiple cells while others possess only a single one, cell division occurs in several different ways. There are three types of cell division, including mitosis, meiosis, and binary fission. During mitosis, one cell is divided to give two diploid cells or genetically identical daughter cells. On the other hand, in meiosis, the number of chromosomes is reduced by half and four haploid cells or genetically unique cells are formed. Although mitosis and binary fission may seem pretty similar, there are some major differences. In a nutshell, binary fission typically occurs in prokaryotes or cells that lack a nucleus and mitosis occurs in eukaryotes or cells with a nucleus.

#3. Cell Division Is Key to Growth and Development

As cells are being divided literally every second, cell division is a critical process that leads to the growth and development of various organisms. Cell division is fundamental to repairing damaged cells or producing new ones. Therefore, it helps organisms increase the number of cells to grow and develop. In addition, cell division, specifically mitosis, prepares organisms for sexual reproduction and numerous single-celled organisms rely on mitosis to reproduce asexually.

#4. Cell Division Is Fundamental for Living Things to Reproduce

#5. Cell Division Is Responsible for Transferring Genetic Material from Parents to Their Offspring

A cell cycle refers to the series of events that occur as the cell grows and devides. Interphase is a phase in which cells spend the most time to grow and replicate the chromosomes. Interphase prepares cells for division. After the G1 phase, S phase, and G2 phase are completed, the cell goes through mitosis during which two daughter cells receive two copies of genetic material. In case of meiosis, unique combinations of genetic material are created for each of the four daughter cells. Evidently, it would be impossible to transfer genetic material from parents to their offspring without cell division.

In fact, some cells get damaged or even die. At this point, the body of an organism starts producing new cells to replace the damaged ones. And this is achieved through cell division. When a cell divides, it makes two new cells. Then these two cells divide to produce four cells. After that, these four cells divide and form eight cells and so on. Without cell division, organisms would not be able to repair or replace damaged cells.

#8. Cell Division Is Important for Maintaining the Total Number of Chromosomes

According to Kindred Healthcare, there are no drugs or therapies that can reverse organ failure. However, organs or certain organ functions can recover to some extent through cell division. Cell division allows organisms to recover damaged organs but this gets more and more challenging as the organisms age. This is because the cells experience changes, becoming less able to divide.

Cell division, specifically mitosis, is essential for plants to grow and develop by increasing the number of cells. After the cells are divided, they grow into different types of cells and therefore, have different functions. Besides, plants use cell division to repair damaged parts by repairing or replacing damaged cells.