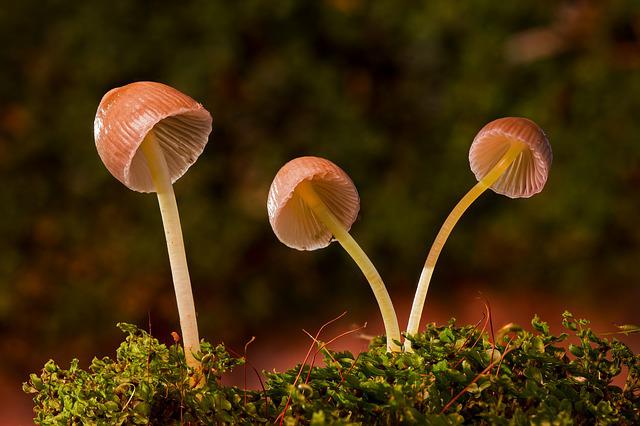 Fungi are a type of eukaryotic, microscopic organism which consists of thread-like structures, with a diameter of less than 10 µm called hyphae. They are incredibly diverse with yeasts, molds, and mushrooms as common forms. They are usually found in any kind of habitat but mostly grow on soil or dead plant matter rather than in sea or freshwater. Fungi are one of the most vital groups of organisms on account of their economic and ecological benefits.

We often think of fungi as organisms that rot food and cause diseases. Despite that, they are very crucial to humans in many ways. Among researchers, there is a concern that fungi, like flora and fauna, are prone to damage by environmental changes and the more unfortunate fact is that not much is done for fungi conservation. Therefore, understanding the importance of fungi is pivotal. Here are ten reasons why fungi are important:

#1. Fungi are the decomposers of the ecosystem

Fungi are the decomposers called Saprotrophs; those who feed on organic matters after other class of decomposers finish their works by using enzymes. They break down the non-living organic matter by deeply penetrating the hyphae into the substrate and releasing the nutrients into the soil so that plants can use the nutrients, and eventually pass them to herbivores and other consumers. This is why they are cardinal for the health of the ecosystems with their major role in processes including nutrient cycling.

#2. Fungi are the biological control agent

Nowadays, the use of fungi as a bio-control agent is considered a cheaper method and a proven alternative against the undesirable use of chemical pesticides. This has proven to be effective and efficient for plant yield as well as food production. Unlike traditional pesticides, they don’t have to be ingested by the insect hosts, as they can invade directly through the cuticle of insects like Emerald Ash borer and helps to control the population of damaging pests. These fungi are very specific to the insects they attack and don’t infect plants and animals around.

Various types of fungi like mushrooms, morels, and truffles occupy a predominant part of the human diet around the world and are considered delicacies. These edible mushrooms are very rich in nutrients like vitamin B, C, and D, fiber, and minerals like calcium, and potassium. They are considered a good substitute for meat for people with no access to meat as well as on vegetarian diets.

Moreover, edible mushrooms can be cultivated using agricultural waste and unlike other crops, don’t depend on fertile soil. Therefore, they can reduce waste while increasing the food supply.

#4. Fungi are important in Mycological research for food security

Despite their great value, much less attention has been given to fungi, their preservation, and the use of fungi in industry, research, agriculture, and pharmaceuticals. Traditionally, mycology used to focus on areas where fungi cause damage, but nowadays highly advanced mycological research is done with extensive knowledge about added value fungi contribute to food, modern genetics, and many more. The last few years have witnessed very interesting findings regarding fungi as a model research organism which are now documented, and even in scaled-up practice.

#5. Fungi are vital in the Fermentation process

Fungi play a significant role in fermentation in the production of alcoholic beverages, cheese, bread, etc. Therefore, fungi constitute the basis of the brewing and baking industry. Traditionally, wild yeast was collected and used to ferment grains to produce beers and fruits to produce wine, while now it has been made possible to buy isolated strains of wild yeast to ferment sugars into CO2 and ethyl alcohol under anaerobic conditions. In addition, the items that are fermented by fungi can assist our digestion of complex carbohydrates when eaten as they contain the enzymes that can break down food.

Through the development of mycorrhizal associations, fungi play important role in nutrient mobilization and uptake of minerals. Arbuscular mycorrhizal (AM) fungi are the dominant soil microorganisms that can form a mycorrhizal symbiosis with most plants in which plants allocate a portion of carbohydrates to fungi to support them while AM fungi help the plant uptake of minerals nutrients, especially with poor mobility such as phosphorus, and water from soil stimulating plant growth and their adaptation to various environmental stresses.

#7. Fungi and their derivatives are used as Medicines

Fungi are proven to provide many health benefits for humans by preventing disease and boosting our immune system. 6% of edible mushrooms are found to have medicinal properties. Moreover, Secondary metabolites of fungi; Antibiotics have great commercial significance. They are useful for the cure of ailments caused by pathogens like throat infection, meningitis, and other bacterial infections. The immunosuppressant drug cyclosporine, the precursors of steroid hormones, and Psilocybin are valuable drugs isolated from fungi used by various cultures for thousands of years.

#8. Fungi are Essential for the productivity of farmland

Fungi can increase the fertility of the soil by adding nitrogen to the soil through decomposition of the organic materials and also decrease the amount of nitrogen by consuming it and converting it into protein. This way they act like natural recycling bins; redistributing and reabsorbing soil nutrients back into the plant roots. Similarly, fungi convert organic matter that is hard to break down while fungal hyphae help to increase water infiltration and soil water holding capacity by physically binding soil particles together, creating stable aggregates.

#9. Fungi are being used to produce Sustainable materials

Fungi are now being used to replace unsustainable materials such as synthetic, plastic, and animal-based products. Mycelium, which is the root structure of mushrooms are the widely used because the products made from them are biodegradable and need less water and land resources to be produced. Various commercialized items like packaging, clothes, shoe leather, and skincare products are produced from fungi; playing a vital role in sustainability by remedying existing environmental damage.

#10. Fungi have a role in Climate regulation

Fungi are important contributors to soil carbon stock and play a significant role in the carbon cycle through the soil food web. Being heterotrophic organisms; they depend upon photosynthetic carbon to produce energy and perform a process called soil carbon sequestration capturing from the atmosphere and storing them in the soil for decades. This helps to improve soil fertility as well as reduce the excess climate-warming carbon dioxide that humans have put into the atmosphere.