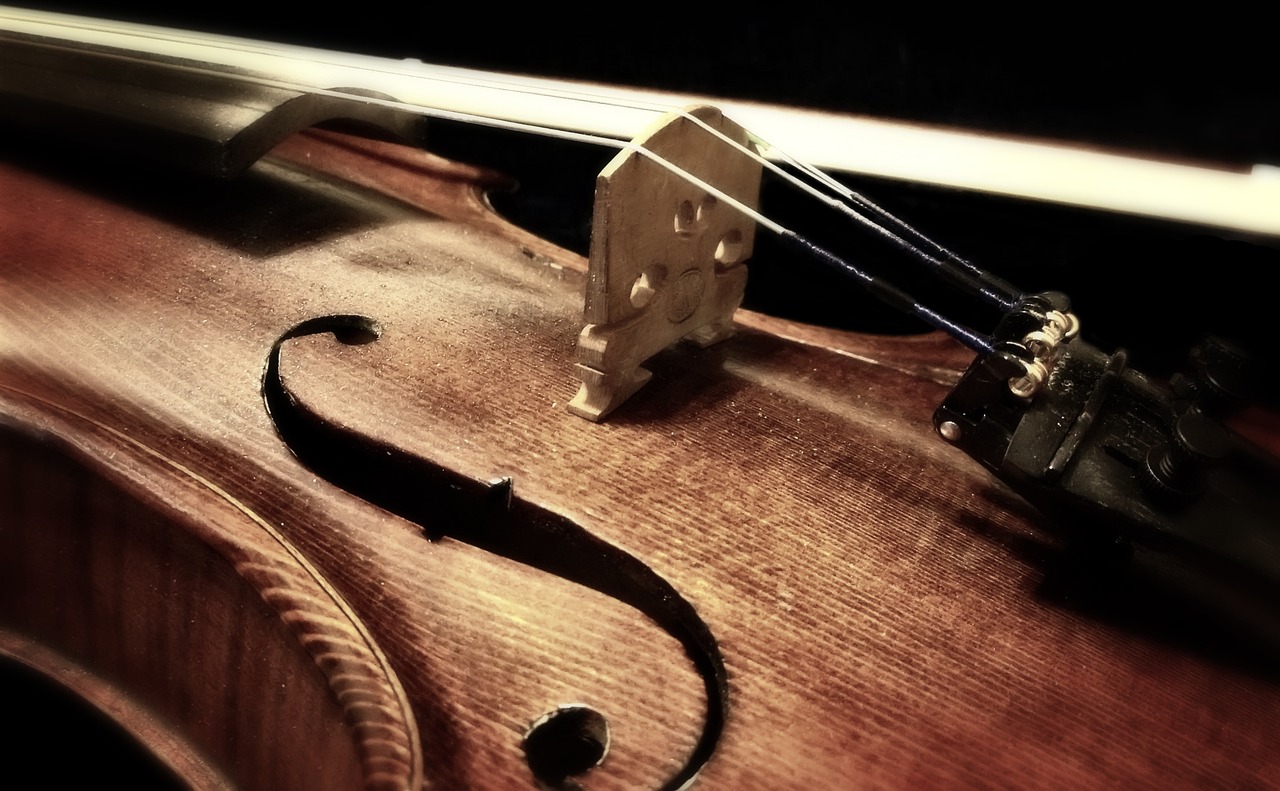 #1 Closest instrument to the human voice

The violin is important because it is often cited that the timbre of the instrument most closely replicates the human voice. Ranging from sweet and cheerful, to husky and angry, the violin covers a range of musical sounds that is similar to how singers control their voices. In fact, it is thought that the great Italian luthiers of the 17th century such as Antonio Stradivari and Giuseppe Guarneri specifically made violins to sound and complement the soprano voices of singers. Furthermore, there are several vocal pieces that have famous violin arrangements, such as Jascha Heifetz’s violin transcription of “Estrellita” by Manuel Ponce and Meditation from the Thäis Opera.

#2 Impact in the orchestra

Unlike other instruments, the violin is the most prominent instrument in a symphony orchestra that features two major sections of violins, first and second violin. While the first violin section in the orchestra usually plays the melody of the work and the highest line of the string section, the second violin takes on a more supportive role that assists the first violins (or other string sections) both harmonically and rhythmically. Although several woodwind and brass instruments also have first and second sections, the violin section is by far the biggest instrument to have two major sections, highlighting its impact on the orchestra and symphonic repertoire.

#3 Role of the Concertmaster

#5 Portability of the instrument

Although the size of an instrument may seem to be irrelevant when discussing the importance of certain musical instruments, the portability of the violin has held a major impact on its importance in the musical landscape. The portability of the instrument has enabled the violin to expand its reach and influence both within the musical realm, but also its impact on everyday life as a musician. The portability of the violin enables violinists to take their violin anywhere to perform and practice, whether that be in a renowned concert hall or at the local park. Unlike pianos where pianists must adapt to the piano provided at a concert hall instantaneously, violinists have the luxury to bring their own instrument they practice and perform on every day. As such, this is a major advantage for violinists and highlights the importance of having a high-quality instrument to play on.

Violins are considered important instruments because they have a long history of traditional violin making. With origins from the city of Cremona in Italy, renowned violin makers such as Stradivari and Guiseppe Guarneri created instruments of the highest quality that continue to be sought after the best violinists of today. These instruments are worth millions of dollars and continue to be lent to master musicians by musical foundations and organizations and bought and sold on high-end auction markets such as Tarisio or Sotheby’s. For instance, the Lady Blunt Stradivarius violin was auctioned for a whopping $15.9 million dollars and was previously played by renowned violinists Yehudi Menuhin and Itzhak Perlman.

While the instruments made by the great Italian luthiers of the 17th century cannot be replicated today due to changes in the quality of wood, the art of violin making continues to pass on centuries of tradition. Contemporary violin makers hail from all parts of the world and their instruments and bows are often sold for over $50,000 and are regularly showcased in violin exhibits worldwide. Furthermore, violin makers sometime create a matching quartet, creating two violins, a viola and a cello with similar tonal structures in order for a quartet to have a unifying sound. Famous violin makers alive today include Christophe Landon, Daniele Tonarelli and luthiers of W.E Hills and Sons.

Although the violin is most renowned for its wide range of repertoire in the classical music genre, the violin has also played a major role in the fiddle genres of music. Fiddle music is characterized by rhythms that focus on dance and quick note changes, whereas classical violin music is typically characterized by more sustained notes, longer phrasing and vibrato. Furthermore, fiddle music is also open to free embellishments and ornamentations at the violinist’s discretion, in contrast to classical violinists who are faithful to the score. Famous fiddle tunes written for the violin include Swallowtail Jig, Amazing Grace and The Devil Went Down to Georgia.

The violin has also influenced the landscape of contemporary music today, with major features in rock, pop, jazz genres of music. For instance, Christina Perri’s song, “A Thousand Years” featured a prominent violin solo and Ed Sheeran’s “I See Fire” is also characterized by heavy use of violin. Furthermore, the violin has also created its own genre of contemporary music, as exemplified by the rise of Lindsey Stirling and her contemporary compositions written for violin. “Crystallize” and “Roundtable Rival” are some of the most popular works that feature violin solos. There has also been a rise of violinists who join musical talent shows and have broken world records for being one of the fastest violinists of all time.

#10 Impact on society and literature

The violin has also made a great impact on the world today, even outside the musical genre. The violin is one of the most well-known instruments and is often depicted as a symbol of aristocracy and wealth. For instance, in Japan, the general public perceives people who play violin as high-class individuals, whereas learning the piano is socially easier for all people of any social class to start learning. Furthermore, the violin has also permeated throughout literature and poetry. For instance, Leo Tolstoy, the author of War and Peace (1869), wrote a novella titled The Kreutzer Sonata, which was named after Beethoven’s Kreuzter Sonata for Violin.