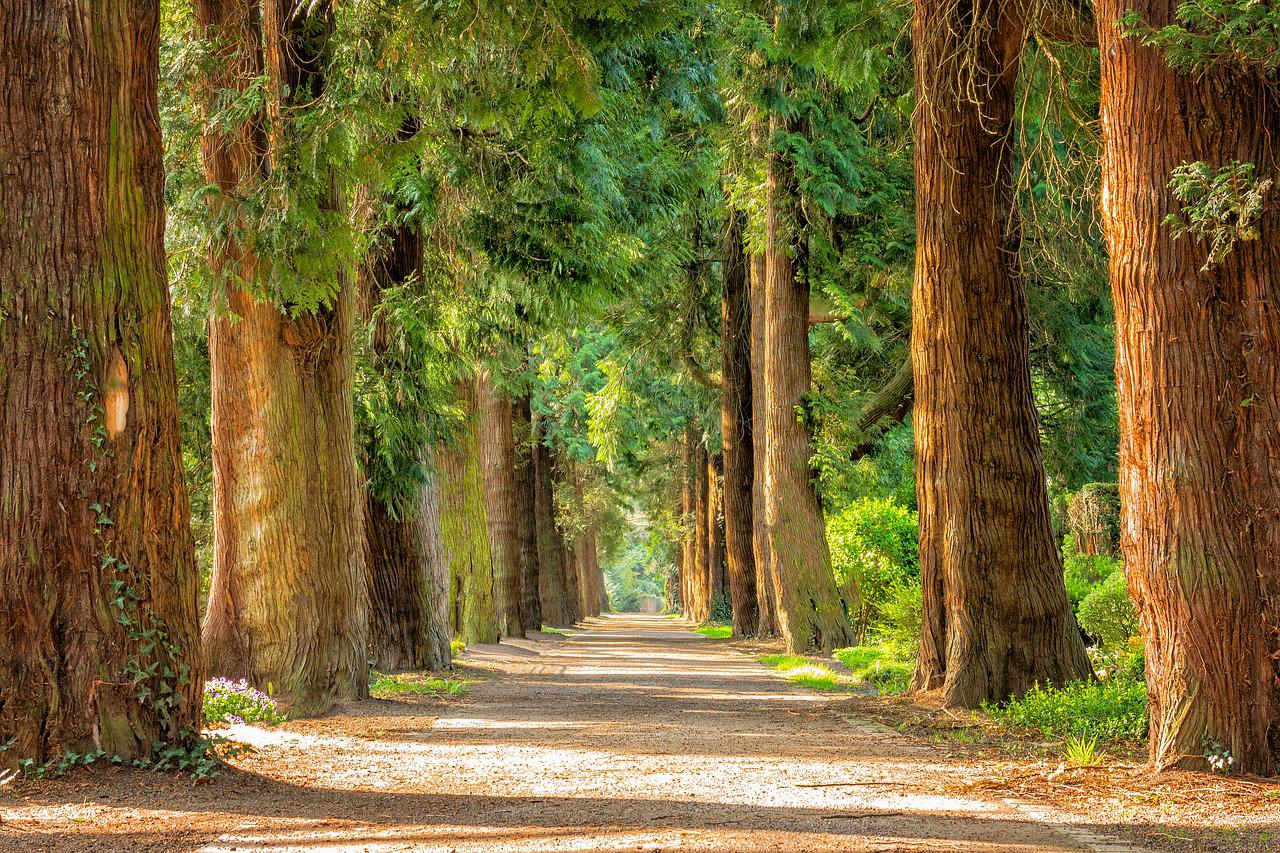 We all know that trees are one of the most valuable gifts from nature that has made life possible on planet Earth. Although their importance is obvious, humans have taken their value for granted and have made drastic and tragic reductions in their historical numbers. Therefore, current environmental activism is centered on increasing the number of trees and managing them sustainably so that the many goods and services they provide can be received by all future generations as well. Although trees are undoubtedly considered important by many, the importance of trees is numerous and varied. Here are 10 such reasons why trees are important for us and why they should be managed sustainably.

#1.Trees give oxygen and purify the air we breathe.

Trees from the rainforests account for around 28% of the oxygen that we breathe while the majority (around 70%) of the oxygen comes from oceanic phytoplankton. While 28% of the world’s oxygen is a significant figure itself, trees also play another important role in our respiration. They do so by purifying the air that we breathe when they take in air pollutants like Carbon Dioxide (CO2), Nitrous Oxide (NO2) and other particulate matter (PM). In short, more trees mean cleaner air and more healthy humans.

Timber, which comes from trees finds its usage in almost all parts of our daily lives. It is used to make furniture, build houses and buildings, furnishing, construction, utensils, handicrafts and many other products. Similarly, firewood is a very popular heating method in developed countries while a compulsive fuel for cooking in many developing countries. Human civilization owes a massive debt to the workability, structural properties and strength of timber and firewood derived from trees.

#3.Trees are critical for our food security.

A new study by scientists claims that there are roughly 73,300 species of trees on Earth. Among them, there are tens of thousands of edible trees with the edible parts varying among species. However, almost all tree parts are edible like fruits, flowers, sap, bark, twigs, roots, leaves, etc. The most common of them are fruits like apples, oranges, papayas, etc. The sap is used to make syrup while barks are commonly used as aromatic additives like that of Cinnamomum verum. Although trees do not make staple food like agricultural crops, the role of trees in securing food security is more indirect than direct. Since, tree fodder is a primary source of animal feed, farm animals cannot exist without trees for long. So, the entire food system of the world is dependent on trees. In fact, studies show that if trees were to disappear from earth suddenly, we would die far sooner of hunger than we would die of the lack of oxygen.

#4.Trees are home to birds and animals.

An individual tree can be a dwelling for so many different varieties of life. Birds, ants, snakes, spiders, butterflies, monkeys, sloths, etc. all have trees as their dwelling even in cities and scattered trees. In forests, hundreds and thousands of trees offer a home to all wildlife. Elephants, tigers, cheetahs, deer and all other forest animals depend upon trees for shelter and food. Arboreal animals spend most of their time in trees.  The importance of trees as habitat for birds and animals can be easily observed by planting a tree in your backyard and watching the vast array of birds and animals it attracts as it grows.

In trees, the process of releasing water in the form of water vapor into the atmosphere from the surface of their body part, usually leaves, is known as transpiration. By pulling water present in the surface and releasing it into the atmosphere, trees help in the formation of clouds which drives rainfall. The repetition of this cycle results in the water cycle. The large-scale deforestation of tropical rainforests has caused erratic weather patterns and this phenomenon can also be observed at a smaller scale in many areas. Planting more trees is thus an effective way to deal with extreme weather events like flood and drought which has adversely affected the agricultural system.

#6.Trees are a major carbon sink of the world.

Trees are carbon sink because they help to sequester atmospheric carbon and store it in their biomass for hundreds of years. Carbon Dioxide is one of the major greenhouse gases which traps heat in the atmosphere. Industrialization and urbanization have rapidly increased the level of carbon dioxide in the atmosphere which has resulted in constantly increasing level of earth’s temperature towards alarming levels. A single mature tree can capture 10 kgs of CO2 every year. Unfortunately, humans emit 40 billion tons of C02 each year. Hence, although the only option for battling climate change is to reduce emissions, trees have a huge part in assisting to achieve this goal.

Trees keep the soils fertile and healthy in many ways. Trees that are planted near agricultural land help to pull nutrients that are present deep inside the soil, back to the surface. They also make the soil more fertile by adding biomass into the soil when they shed leaves or after they die. Leguminous trees like Acacia add nitrogen directly into the soil. The deep and branched root system of trees help to maintain the structure of the soil by improving porosity and moisture content. Moreover, trees also purify the soil from carbon and other pollutants.

#8.Trees are used in Engineering.

Bioengineering in structural engineering is the application of vegetation as a tool to achieve engineering functions. Trees are widely used in bioengineering techniques to improve the stability of sloping lands and prevent erosion. Trees provide cover and grip to the otherwise bare and loose land. This holds the soil in place and prevents landslides and soil erosion. The trees planted on riverbanks serve as a natural dam to prevent riverbank cutting.

#9.Trees have aesthetic and recreational value.

The role of trees in improving the mental health of people, especially city residents is backed by many scientific studies. Urban forestry has grown into an important branch of forestry and every other city is trying to incorporate as many trees as possible into them. Forested areas with trees are protected as national parks where people go for hikes and camping. Jungle safari, bird watching, etc. are famous recreational activities where forests are well preserved.

#10. Trees have cultural and religious significance.

Since humans evolved alongside trees, communities and cultures are closely associated with them. In Hindu culture, trees like Ficus Religiosa are considered sacred and worshipped. The Bodhi Tree, under which Gautam Buddha achieved enlightenment is also the same species. The mention of trees in the Bible is more than any other living being. Moreover, the varieties of trees found in all parts of the world have shaped the culture, tradition, nutrition, and way of life of people based on geographical locations.