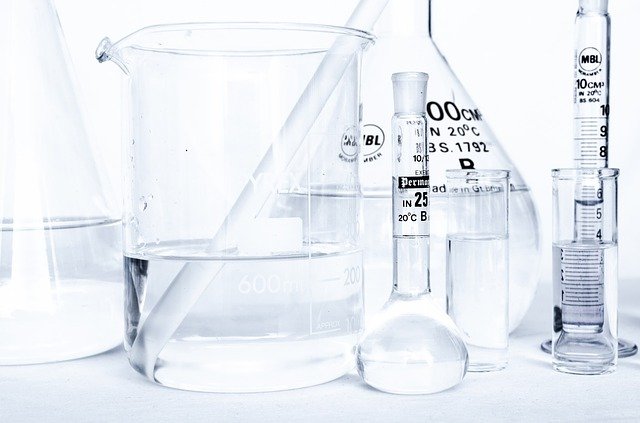 Alkanes are the simplest members of the hydrocarbon family and the most basic organic compounds in general. Due to their structure, alkanes are pretty stable and hence, not particularly reactive. Although alkanes are not used in organic synthesis as much as other organic compounds, they are still essential in household, industrial, and manufacturing applications. Here are ten reasons why alkanes are so important:

Natural gas is one of the non-renewable energy sources that is widely used in water and building heating, air conditioning, cooking, and electricity. It is also used for industrial purposes, including transportation and production. Since methane is a primary component of natural gas, “methane” and “natural gas” are often used as synonyms. However, these two terms are not ideal substitutes as natural gas also consists of ethane, propane, carbon dioxide, and water vapor.

#2. Alkanes are used as solvents for nonpolar substances

Since alkanes contain only nonpolar C-C and C-H bonds, they are considered nonpolar molecules. Alkanes from pentane to octane are highly volatile liquids that make ideal solvents for nonpolar and organic compounds, such as fats, oil, and waxes. Therefore, alkanes are of huge importance in organic synthesis and other applications that involve dissolving organic compounds.

#3. Alkanes are used as fuels in internal-combustion engines

As methane, ethane, propane, and butane are gases, they can be used directly as fuels. However, if we are talking about gasoline used in internal-combustion engines, then it has to be a mixture of alkanes from pentane to decane, other hydrocarbons, and small amounts of nitrogen, sulfur, and oxygen. Gasoline is primarily used as an engine fuel for vehicles with spark-ignited internal-combustion engines. After the spark ignites the fuel-air mixture, it causes the combustion of gasoline. The energy released when gasoline components are burnt is what makes the car move.

#4. Diesel consists of about 75% alkanes and cycloalkanes

According to Diffen, diesel contains approximately 75% saturated hydrocarbons, including n, iso, and cycloalkanes, AKA paraffins. Typically, diesel is composed of alkanes from nonane to hexadecane as these hydrocarbons are characterized by higher viscosity. The composition of diesel makes it less volatile than petrol as there are fewer additives used in the production. Besides, alkanes and other hydrocarbons in diesel make the fuel more powerful than gasoline.

#5. Alkanes are used in the production of aviation fuel

Aviation fuel, also referred to as jet fuel, is a refined kerosene-based fuel used in airplanes with jet engines, turbine engines, and turboprops. Major components of aviation fuels are paraffins (alkanes) and cycloparaffins (cycloalkanes) from nonane to hexadecane. Aviation fuel is similar to gasoline that we have mentioned above, but the main difference is that jet fuel is much purer. Besides, jet fuel comprises many different hydrocarbons along with alkanes, granting the fuel a much lower freezing point compared to automotive petrol.

#6. Alkanes and cyclic alkanes are major components of lubricating oils

Lubricating oils comprise 80-90% petroleum hydrocarbon distillate and up to 20% additives to grant lubricants specific properties. As petroleum hydrocarbon distillate primarily consists of paraffinic or naphthenic compounds, alkanes are the major components of lubricating oils. Typically, lubricant oils are manufactured using linear and branched alkanes with 17 to 35 carbon atoms. Lubricating oils are essential for cooling, cleaning, and reducing friction within your engine. This is why alkanes are so important when it comes to the protection of different engine components from heat and metal-to-metal contact.

While numerous techniques can be applied to reduce the chances of occurrence or progression of corrosion, the use of alkanes is one of the most effective means. As long as you take into account the required level of protection, the type of equipment, and other external factors, you can easily prevent metal surfaces from deteriorating. Since alkanes are hydrophobic, they can be used for protecting the metal surface from water damage and corrosion. Generally, alkanes with 17 to 35 carbon atoms are commonly utilized as anti-corrosive agents.

#8. Paraffin wax and liquid paraffin are mixtures of alkanes

Paraffin wax is a colorless or milky white hard wax that is composed of a mixture of solid straight-chain alkanes (with 17 to 35 carbon atoms) and other hydrocarbons. Paraffin wax is widely used for commercial purposes and in the food industry as well. Paraffin wax also offers plenty of health benefits, including pain and stiffness relief. Liquid paraffin is also a product composed of high-boiling alkane derivatives. It is a highly-refined mineral oil commonly used in cosmetics and medicine.

#9. Bitumen consists of alkanes along with other hydrocarbons

Bitumen is a thick low-grade black crude oil that consists of heavy hydrocarbons, such as alkanes with more than 35 carbon atoms. Bitumen is an essential material used for road surfacing, roofing, and waterproofing. When it comes to road construction, bitumen acts as a binder that holds together the asphalt and seals the pavement surface. The main reason why bitumen is so important is that it is relatively easy to produce and offers pretty strong binding properties, thanks to higher alkanes.

#10. Alkanes are used in the synthesis of alkenes and haloalkanes

As mentioned earlier, alkanes are pretty stable, meaning that they do not really react with other compounds. However, there are a couple of reactions involving alkanes that make them even more useful. For instance, the dehydrogenation of alkanes gives us alkenes that can be further dehydrogenated to form alkynes. In addition, halogenation of alkanes produces haloalkanes, alkane derivatives in which at least one hydrogen atom has been substituted by a halogen atom. While alkenes and alkynes are important in organic synthesis, haloalkanes are widely used as solvents, flame retardants, fire extinguishants, and many more.