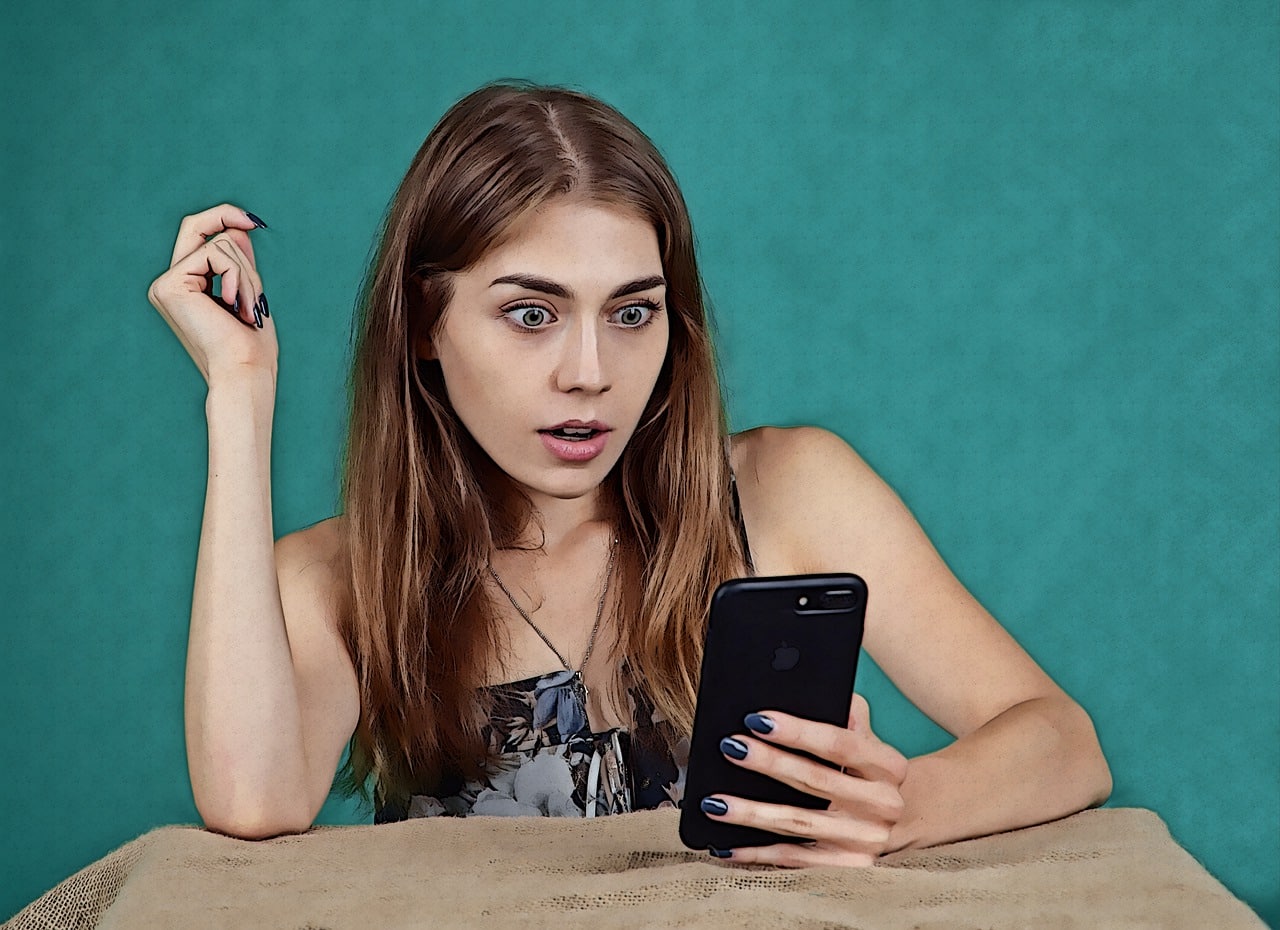 In 2020, over 3.6 billion people were using social media. According to Statista, that number is projected to increase to over 4.4 billion by 2025. You can find social media users on sites like Facebook, Twitter, Reddit, Instagram, and TikTok. People use social media to connect with friends, build communities, and find jobs. Brands are also huge social media users, having learned the power of social media marketing. Despite social media’s prominence in the world, many are still uncertain about this technology’s role in society. To get a clearer picture of its impact, here are 15 reasons outlining why social media matters:

It’s challenging to get potential consumers to notice your business when there are seemingly countless options. For businesses wanting to increase their brand awareness, social media is an important strategy. According to a Facebook-commissioned report that surveyed 21,000 people aged 13-64, 83% of people found new products and services using Instagram. TikTok is another platform with opportunities for businesses. According to digital marketing company Amsive Digital, TikTok has the highest engagement of the social media apps with an average of 15-18%. By building a strong social media presence, businesses can get eyes on their products and services.

The official Wendy’s Twitter account is one of the best examples of a brand using social media to connect with consumers by humanizing itself. In many viral tweets – which also spread via screenshot to other social media sites – the Wendy’s account interacts with other Twitter users, posts memes, and “talks” to other corporations like Burger King. The account also posts tweets as if it were a customer. An example from mid-April 2022 reads: “Dropped a Spicy Nugget under the front seat one time, but it’s gone now. Not because someone (not me) got out of the car and got down there and found it and ate it…because that definitely didn’t totally happen.” As of April 2022, the account has 3.8 million followers. Not everyone enjoys it when a major fast-food brand masquerades as a person, but even negative engagement counts as engagement.

Many corporations, bloggers, artists, musicians, and others use social media to attract people to their main websites. While some certainly use their social media account as their main hub, most want potential customers or readers to click a link. Social media is used to “tease” new content – like a paragraph from a new blog or a photo of a product – and hook an audience. Most social media sites make it easy to drop links in posts or a bio. Many brands also benefit from ads that target specific types of social media users. With good marketing strategies, you can drive a lot of traffic to your sites.

Dating apps are a form of social media. Globally, around 323 million people use these platforms. According to Pew Research – which surveyed around 4,800 people in 2019, 48% of 18-29-year-old Americans have dated through social media. 38% of adults aged 30-49 have used a dating app. Lesbian, gay, and bisexual adults use dating apps around twice as much as straight adults (55% compared to 28%). Do people like dating apps? About 57% of people say they’ve had an overall positive experience. There are still safety considerations, but dating on social media can help people assess compatibility before meeting in person.

While most social media platforms require users to be at least 13-years old, it’s easy to lie about your age. Younger kids (some as young as 9-years old) are using these apps, too. According to studies described on a Cleveland Clinic blog, kids younger than 11 who use Instagram and Snapchat are more likely to engage in online harassment. Kids who use TikTok are also at risk for developing anxiety-driven physical tics. If kids are using social media, their parents should limit how often they’re using the apps and talk to their kids about what they’re experiencing.

Social media’s effect on mental health is a complex puzzle to solve. There have been several studies that show some association between anxiety and high social media usage. Even people who use social media to escape from their anxiety – which research suggests may work – eventually end up dealing with new anxieties triggered by social media. People can also feel anxiety due to FOMO, which is the abbreviation for “the fear of missing out.” FOMO encourages people to compulsively check social media or feel anxious when they can’t access social media. It’s not clear if social media causes anxiety, but it seems clear that it has some negative effects on people prone to anxiety.

Anxiety and depression often go hand-in-hand, so it’s not shocking that social media may affect depression, too. In 2020, a multidisciplinary team of researchers began the COVID States Project, a survey of adults in 50 states. They surveyed 5,000 people with an average age of 56 who showed no signs of depression. When surveyed later, those who used Facebook, TikTok, and Snapchat were more likely to report symptoms of depression. What does this mean? It’s hard to say. It may b that social media isn’t causing depression, but that being depressed makes a person more likely to go on social media. There are also interesting differences between platforms. Facebook use was associated with depression for people younger than 35, but not for those older. Even if social media does affect depression in some way, it doesn’t mean it affects everyone the same. More research is needed.

Comparison may be behind social media’s negative effect on mental health. Research shows a link between comparison and how much time a person spends on Facebook and Instagram. Why? They’re seeing curated, positive images of other people. On Instagram, filters wipe away physical imperfections and transform peoples’ faces. The more we’re exposed to images like this, the easier it is to compare ourselves. Many people also tend to only share happy updates on their lives, creating the illusion that nothing bad happens to them. When social media platforms become saturated with unrealistic, curated content, spending a lot of time there can hurt your self-esteem.

Does social media make people mean? There’s a lot of discussion about how people act online. One reason for hostility may be the lack of eye contact. One study from the University of Haifa in Israel suggested that not making eye contact with the person you’re engaging with is the main driver of “online disinhibition,” which refers to the lack of restraint you often see on social media. Reckless, thoughtless social media usage is also so common because social media lets anyone share their opinions on anything. To stand out, many people feel the need to be as blunt and provocative as possible.

Like all parts of the internet, social media presents privacy issues. Scammers, bots, and other bad actors often use social media – sometimes disguising themselves as human accounts – to access private information. Privacy experts are also concerned about companies using the data of consumers for profit. Everyone leaves behind a trail of data with information like their name, location, and hobbies. Companies often use this data without customer consent to improve their advertising strategies.

Another pitfall of social media is how it encourages thought bubbles and polarization. Confirmation bias is a human trait – we’re more likely to believe information that aligns with beliefs we already hold – but social media exacerbates it. This is thanks to the customization of social media and the algorithms that recommend content it knows we already like and most likely agree with. People of all political persuasions are vulnerable to thought bubbles.

The social media algorithms don’t only show users what they know we like; it fills our feeds with misinformation. Engagement is the most important factor for just about every social media site, so it doesn’t matter if a post or video is factually incorrect. If it gets a lot of likes and reactions, it will spread quickly. Again, everyone is vulnerable to this, but research shows conservative users are more susceptible. Social media platforms have attempted to self-regulate misinformation, but the results have not been especially impressive.

#14. Social media is useful for activism

Social media platforms are often used as tools for activist organizing. In the early 2010s, protesters used social media during the uprising known as the Arab Spring. They documented violence, raised awareness, and organized street protests on sites like Twitter and Facebook. The protests gained international attention and are frequently cited as one of the key examples of social media activism.

Social media is an important tool for activism, but it has a dark side. In a 2018 Human Rights Watch breakdown on social media and its human rights impact, Facebook in particular has had a disturbing history. UN investigators found that hate speech on Facebook played a “determining role” in the ethnic cleansing against Rohingya Muslims. In the Philippines, where 97% of Filipinos who are online have Facebook accounts, President Rodrigo Duterte turned Facebook into a weapon of propaganda. Like every technology, social media has the potential to be useful or harmful.