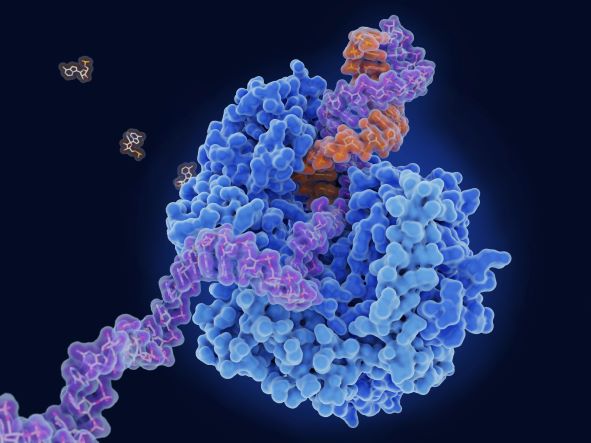 A polymerase is any of several enzymes responsible for the catalysis of the formation of DNA and RNA molecules. While pre-existing DNA and RNA act as original templates, polymerases assemble the molecules from precursor substances. Polymerases are found in all living organisms and are essential for our bodies to function properly or for us to exist in the first place. But what makes polymerases so important? Here are ten reasons why polymerases matter and how they are involved in vital processes:

#1. Polymerases Catalyze the Synthesis of Long Chains of Polymers

The primary purpose of DNA and RNA polymerases is to catalyze the formation of long chains of polymers or, more specifically, nucleic acids. Polymerases replicate the genome while ensuring that the genetic information is maintained throughout the process. While DNA polymerase is used to assemble DNA molecules, RNA polymerase is responsible for synthesizing RNA molecules.

#2. There Are Different Types of Polymerases with Different Functions

DNA polymerases are responsible for accurately replicating the DNA content. DNA replication is an essential process that occurs before a cell is divided. By copying its genome, cells ensure that each daughter cell receives its own complete genome. Besides, DNA polymerases play a crucial role in the process of DNA repair, as a result of which cells maintain the integrity of their genome. This is essential as the genome is constantly exposed to DNA damaging agents in the environment.

We all know that genetic information is transferred from generation to generation. But how do living beings manage to pass their genes to their offspring? Meiosis is a type of cell division by which egg cells and sperm cells are produced. At the S-phase of meiosis, DNA is replicated to produce identical sister chromatids. The process is followed by two rounds of cell division, producing four haploid daughter cells. Without DNA polymerases, the exchange of genetic information between maternal and paternal DNA would not be possible.

#5. Polymerases Are Essential for Gene Expression

Gene expression is a process that determines what a particular cell can do. This is done by encoding proteins that later dictate cell functions. Gene expression directs the production of proteins in two major steps, which are transcription and translation. Transcription begins with an RNA polymerase binding to a promoter sequence of the DNA molecule. Without polymerases, cells would not be able to regulate their functions by adjusting the amount and type of synthesized proteins.

DNA cloning is a technique in modern molecular biology and biotechnology that allows scientists to obtain identical double-stranded DNA fragments with a specific sequence. DNA cloning requires a few elements, such as cells, plasmids, a bulk amount of DNA, and enzymes. While cloning of expressed genes is a widespread technique, synthesizing numerous DNA fragment copies through a DNA polymerase is a more efficient method.

#7. Polymerases Are Crucial for DNA Sequencing

DNA sequencing is a method that allows scientists to determine the nucleotide sequence of a DNA molecule. The nucleotide sequence is the blueprint that comprises the essential information about the gene or the genome. Watching DNA polymerase as it copies DNA molecules is a modern method of sequencing. By using high-tech cameras, a legit microscope, and a few bright dyes, scientists can easily sequence the DNA molecules of interest. Without DNA sequencing, we would not be able to understand genetic function or evolution.

#8. Polymerases Are Essential for Site-Directed Mutagenesis

Site-directed mutagenesis is a method in protein engineering that allows scientists to generate mutated DNA sequences. In these engineered DNA sequences, there are mutated codons, insertions, or deletions. Oftentimes, site-directed mutations are generated through a polymerase chain reaction, commonly referred to as PCR. During the process, Taq DNA polymerase is used to add a single extra base at the end of the newly obtained polynucleotide chain.

DNA labeling is a technique through which nucleic acids are tagged for detection or purification purposes. Nucleic acids are commonly tagged with radioactive phosphates, fluorophores, enzymes, and nucleotides modified with digoxigenin or biotin. Different DNA labeling applications require different enzymes. For example, it is recommended to use Taq DNA polymerase during DNA labeling by PCR. On the other hand, Single Nucleotide Terminator labeling requires Therminator DNA polymerase. Besides, it is suggested to use DNA polymerase I (E. coli) for Nick Translation.

#10. Polymerases Are of Fundamental Importance in Genetic Science

Last but not least, polymerases play a crucial role in different aspects of genetic science. These are considered to be ubiquitous enzymes that are especially helpful during the polymerase chain reaction. PCR is a lab-based technique during which millions of DNA segment copies are amplified and then studied in detail. The fact that PCR is an essential tool for medical and biological research applications highlights the importance of polymerases.