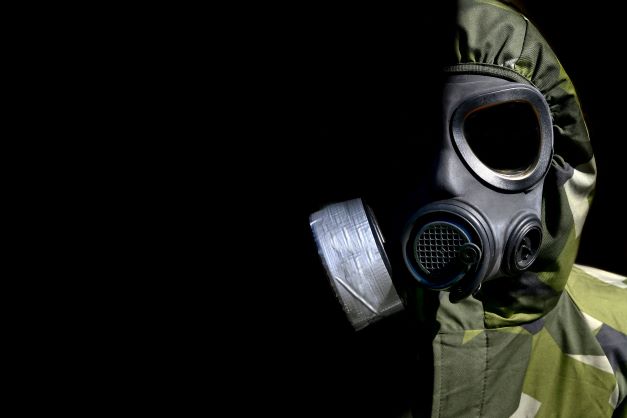 Chemical elements make up various organic and inorganic molecules that are essential to all living organisms. As each element features unique physical and chemical characteristics, elements from the periodic table are used for different purposes. Radium is one of the metals on the periodic table with a silvery white appearance. Although radium is no longer that popular, it was so rare and demand was so high in the early 20th century that one gram of radium cost around $100K. While the usage of radium has been minimized during the last couple of decades, it is still considered an essential metal. Here are ten reasons why radium is so important:

#1. Radium Is a Radioactive Alkaline-Earth Metal

What makes elements from the periodic table so important? It is their physical and chemical properties. So, the importance of radium is influenced by its characteristics. Radium is a radioactive alkaline-earth metal from Group 2 and Period 7 of the periodic table. The metal is characterized by a soft, shiny, and silvery white appearance. While radium was widely used in the early 20th century, it now has much fewer uses due to being highly radioactive.

#2. Radium Was Widely Used for the Production of Self-Luminous Paints

Self-luminous paint is a type of radioluminescent paint that contains a small amount of radioactive isotope combined with radioluminescent phosphor. From 1920 to 1950, radium bromide (consisting of Ra-226 and Ra-228 isotopes) was commonly used in luminous paints. However, scientists soon realized that radium could cause severe health issues. This was after painters ingested large amounts of radium as they tried to sharpen their brushes by licking them. Sounds ridiculous, right?

#3. Radium Was Commonly Used as an Additive in Consumer Products

Before people realized how harmful radium could be, it was widely used as an additive in various consumer products. From 1920 to the 1950s, a broad range of products (pills, pads, toothpaste, watches, lipstick, etc.) contained radium. While some household products comprised trace amounts of radium and were somewhat safe for consumption, others contained hazardous levels of radium. Fortunately, constant lab work allowed scientists to determine the highly radioactive nature of radium. Hence, it is no longer used in the production of household products and consumer goods.

#4. Radium Was Used in Cancer Therapy

Radiation therapy, also known as radiotherapy, is a type of cancer therapy that involves high levels of radiation to shrink and kill cancer cells. During the past century, radium-containing medication or radium needles were used for treating cancer by producing radon gas. Later, radium needles were replaced by wires made of iridium-192 isotopes. Sometimes, Ra-223 is used for treating prostate cancer that has been affecting the bones. Since bones consist of calcium and radium and calcium are in the same group of the periodic table, radium is capable of targeting and killing cancerous cells in the bones by producing alpha particles.

#5. Radium Was Used in Industrial Radiography

After discovering radium, Marie Curie used the element as the gamma-ray source for the X-ray machine. This is because the use of radium or other radioactive sources allowed scientists to obtain higher photon energies compared to regular X-ray machines. While radium was commonly used in industrial radiography, it was soon replaced by harmless isotope alternatives, such as cesium-137, cobalt-60, and iridium-192.

Environmental pollution is a serious concern as it significantly affects the overall quality of the air, water, and soil. Hence, understanding how different pollutants contaminate our planet is of huge importance. As radium and radon are among the chemicals contributing to environmental radioactivity, being aware of how radium works is fundamental to minimizing the amount of radioactive metal released into the environment. Therefore, the knowledge of the physical and chemical properties, along with the understanding of environmental chemistry, enables scientists to solve the problem.

#7. Radium Can Be Used as a Neutron Source

A neutron source is a device that emits neutrons. A neutron source can be made by mixing an alpha emitter with isotopes characterized by low atomic weight. Oftentimes, the two materials in a powdery form are blended together. As radium is an excellent alpha-emitter, it can be used for making a neutron source. As an alternative, scientists often use beryllium as an alpha-emitter.

#8. Radium Is Used for Research and Instrument Calibration Processes

As neutron sources are widely used in chemistry, biology, physics, medicine, and engineering, radium is of huge importance. This radioactive metal also contributes to the development of various research areas. Besides, radium needles can be used for calibrating germanium gamma-ray detectors. The fact that radium enables scientists to explore multiple fields and areas makes the metal even more important.

#9. Radium Can Be Used for the Production of Dirty Bombs

#10. Radium Is Present in Various Building and Decorative Materials